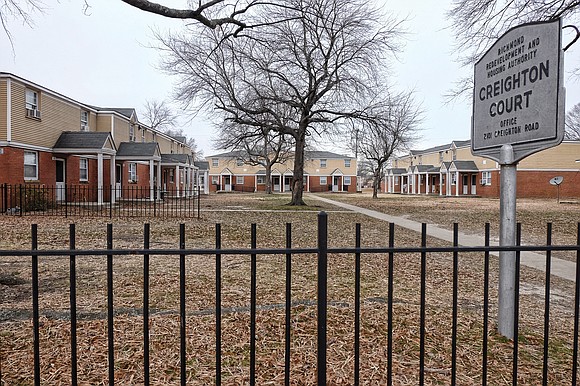 Residents of public housing can expect to see their apartment complexes come under the control and management of private landlords.

After 20 years of pilot projects involving Blackwell, Dove Court and Fay Towers, the Richmond Redevelopment and Housing Authority is revving up its long-range strategy of finding private parties to take ownership and responsibility for the government-owned housing it manages for the U.S. Department of Housing and Urban Development, now led by Dr. Ben Carson.

In a 90-minute interview last week, Orlando Artze, RRHA’s interim chief executive, laid out a grand plan for a controlled sell-off of the 19 small and large apartment complexes that provide housing for nearly 4,000 families and senior adults.

Essentially, Mr. Artze said RRHA is embracing HUD’s view that the very existence of low-income public housing is being threatened by the $26 billion backlog in maintenance that Congress has no plans to fund.

RRHA’s own backlog runs into the tens of millions of dollars, a concern shared by past chief executives, including Adrienne Goolsby and T.K. Somanath, both of whom advocated for a shift to private ownership.

Mr. Artze agrees with that view, and said that “unless something changes, we would have to begin boarding up” major sections of existing properties “within 10 to 15 years because we could not maintain them.”

HUD is now telling RRHA and other local authorities that the only chance to ensure the future of such affordable housing for mostly impoverished residents is to find private partners who can take it over and operate with guarantees of virtually perpetual housing subsidies or vouchers.

In Richmond, the average income of public housing residents is about $10,000 a year.

The federal agency has been testing the private approach during both Democratic and Republican administrations through programs such as HOPE VI and RAD, or Rental Assistance Demonstration, both of which have been used in Richmond.

In Richmond, the private-ownership approach has been used to replace former public housing in Blackwell in South Side and in Dove Court in North Side. That approach also is fueling the development of 256 new apartments and homes on the former Armstrong High School site in the East End.

It is also the approach being taken to create 200 new apartments for seniors in three developments to replace the decaying units in Fay Towers in Gilpin Court — an effort that is the outgrowth of the Obama-era RAD program.

Coming soon, Mr. Artze said, will be the HUD-approved disposal to nonprofits of the final 44 mostly vacant homes that RRHA previously operated as scattered-site public housing, as well as the sale of 11 smaller public housing complexes that collectively have 533 units for families and seniors.

He said HUD has authorized RRHA to undertake RAD projects for the 11 complexes that range from Rainbow City in Fulton to the Afton Apartments in South Side and the senior apartments at 1920 Stonewall Place.

Mr. Artze said RRHA plans to secure private partners who would purchase the properties, renovate them and accept government housing vouchers so that current residents could continue to live there.