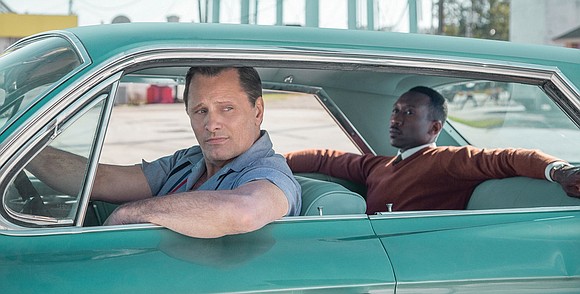 Raise your hand if you have ever heard of Donald W. “Don” Shirley.

I expect most of you are as unaware of this remarkable musical giant as I was before I went to see the new film “Green Book.”

The film recounts a tiny slice of his career, a 1962 tour that Dr. Shirley took with musicians in his trio that included stops in the Deep South. It offers a glimpse of the humiliations that black men, women and children were forced to endure in the harshly segregated sections of this country.

What makes this movie most worthwhile is learning about Dr. Shirley, a dignified, erudite and private man who easily qualifies as America’s Mozart but who is, sadly, now largely forgotten following his death in 2013.

A child prodigy who started playing the piano at age 2 and studied in Russia, Dr. Shirley was just 18 when he made his professional concert debut with the Boston Pops in 1945.

Told that white audiences would not accept a black man on a concert stage despite his astonishing talent, he almost abandoned music. He returned to school to become a psychologist, but fortunately, he regained his interest in performance while conducting experiments with sound with unknowing audiences to gauge their reaction.

His tour de force as a pianist can be heard on the 18 albums he recorded — if they are still available — that display his prodigious ability to blend classical, jazz and pop music and create new thrilling treatments of familiar pieces.

His mastery of music also can be found in the wide-ranging compositions he produced that include symphonies, music for string quartets, a one-act opera and other works for organ, piano and violin, although most are never performed by American orchestras even now.

“Green Book” is based on stories of the 1962 trip that Dr. Shirley (played by Academy Award-winner Mahershala Ali) and his driver on the tour, Frank A. “Tony Lip” Vallelonga, (played by Viggo Mortensen) are said to have told to Mr. Vallelonga’s son, Nick.

Nick Vallelonga, who co-wrote the screenplay, kept his promise to Dr. Shirley not to make a movie of the stories until after Dr. Shirley’s death. Mr. Vallelonga claims the movie is a faithful depiction of what the two men told him about the good, the bad and the ugly of the tour experience.

The final product, though, is mostly told from the perspective of Mr. Vallelonga, who is depicted as a crude, white club bouncer, but who in real life would go on to become the maitre d’ of the Copacabana nightclub in New York City, where he would meet top American entertainers and also act in some movies as well as the HBO series “The Sopranos.”

According to the movie, the two men became friends, with Mr. Vallelonga teaching a distant and dignified Dr. Shirley how to eat fried chicken, listen to black pop music and become more attuned to the black community.

The family of Dr. Shirley has pushed back, calling the film “full of lies” about the musical genius.

The family insists that the film’s depiction of Dr. Shirley as estranged from his family and the larger community is fiction, as is the idea that he had never eaten fried chicken before the trip with Mr. Vallelonga.

In a recorded message to a radio show, Dr. Shirley’s niece, Carol Shirley Kimble, described the film as “a depiction of a white man’s version of a black man’s life.”

“My uncle was an incredibly proud man and an incredibly accomplished man,” she said as she accused the filmmakers of reducing Dr. Shirley to the sidekick of “a hero white man.”

This criticism may be well deserved. But for me, the film at least calls attention to this great man who should be a household name.

The samples of his work and limited performances in the movie made me eager to know more about him and hustle to find a place that still offers his music before everyone else does.

Dr. Shirley never received the honor he deserved, but now a far wider circle of people at least will know about him.

In other words, this is a movie worth seeing.