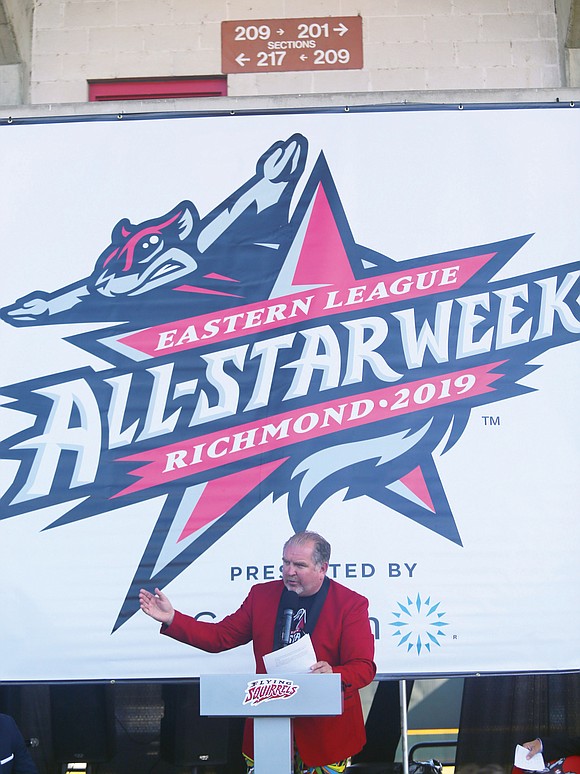 All-Star baseball is coming to Richmond next summer.

The host Richmond Flying Squirrels announced a four-day schedule of activities to coincide with the Eastern League All-Star Game.

The game itself will be played July 10 at The Diamond, featuring some of the bright young stars from all around professional baseball.

Preliminary action will start July 7, with Richmond Mayor Levar M. Stoney presiding over an introductory event on Brown’s Island on the James River in Downtown.

Action on July 8 will feature the All-Star Country Music Jam at Richmond Raceway, with the main attraction on July 9 a Celebrity Home-Run Derby at The Diamond.

This year’s All-Star events will be sponsored by Genworth.

The Richmond Flying Squirrels are the AA affiliate of the San Francisco Giants.