MathScience Innovation Center to be hampered by cuts 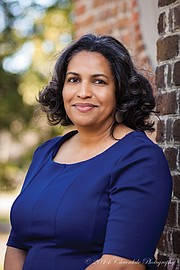 No matter how you do the math, one MathScience Innovation Center, minus four school systems, equals downsizing.

The regional innovative math and science collaborative, located in Henrico just east of Mechanicsville Turnpike, is losing two-thirds of its budget as the public school systems in Richmond, Henrico and Chesterfield plan to transfer math-science instruction to their districts. The public school systems are cutting funding as they look for budgetary savings in the next fiscal year, beginning July 1.

In addition, Hanover County announced plans last week to pull $491,000 from the center because of state funding changes.

The MSIC financial problems began with Chesterfield two budget cycles ago. The district reduced its contribution from $1.2 million to $200,000 for this school year. In mid-March, the remaining dollars were cut by the county School Board.

At the same time, Henrico County Public Schools, which spends about $1.1 million as part of the regional consortium, decided to cut its funding and move the dollars to other activities next year.

Richmond Public Schools will cut about $700,000 “due to tight budgets and wanting to replicate rich science experiences in our schools so that students don’t have to hop on a bus and go to Henrico,” said RPS Superintendent Jason Kamras.

“We have already reached out to the Science Museum of Virginia to figure out some ways to enhance and replicate some of the experiences students were having at MSIC for free.”

Timshel Purdum, director of playful learning and inquiry at the museum on West Broad Street near Downtown, has been working with RPS administrators since her arrival last fall to support and supplement the city school district’s STEM education.

“We want all fifth- to eighth-graders to participate in the museum’s informal offerings in STEM fields,” said Jennifer Guild, the museum’s manager of communications and curiosity.

“Because the de-funding announcements happened so quickly with little notice and no warning, we did not get adequate lead time to implement an alternative strategy,” said Dr. Hollee Freeman, executive director of the MathScience Innovation Center.

The center, with a staff that now includes 21 full-time and 16 part-time employees, will continue to provide services in the future with reduced staffing to the seven remaining school districts — Petersburg, Colonial Heights, Hopewell and Prince George, Dinwiddie, Goochland and King William counties — and using next year to explore public-private partnerships.

“Next year will not be a thriving year, but one maintaining what we are doing while making a plan to move forward,” Dr. Freeman said. “This is also an opportunity for corporate partners to step up and come to the rescue.”

She also said the center will investigate possible federal funding.

Established in 1966 with federal grant money from six local school districts, the center houses nine uniquely designed rooms, including the only Challenger Learning Center in Virginia, a simulated Weather Emergency Operations Center, a 20,000-gallon series of aquariums and a touch tank, along with several outdoor learning spaces, including a pond.

Currently, more than 100,000 students and nearly 8,000 teachers from 11 districts in the region are being trained by the center’s professional staff with an extensive science, technology, engineering and math, or STEM, curriculum.

“When you have a resource that has been operating for more than 50 years — closing the education equity gap for children of color while providing an environment for diversity, providing advanced professional development, designing curricula for specific needs of each collaborating district, as well as going out into the community interacting with neighborhoods — reducing their budget by two-thirds appears to be shortsighted,” Dr. Freeman said.

“It is a huge disservice to students, especially students of color, to not have MSIC as a resource and not have an alternative in its place,” she continued. “We are going to keep pushing. Although folks have made different decisions about how they want to spend their money, we are going to keep going until we can’t go anymore.”