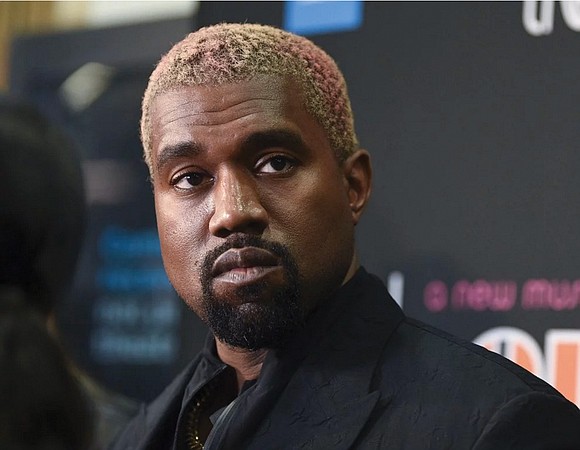 Since the beginning of the year, Kanye West has been hosting a mysterious variety show of celebrity performances featuring both new and old music, complete with a gospel choir, that he calls “Sunday Service.”

Last week, the Chicago rapper and husband of Kim Kardashian West announced that on Easter Sunday, he will bring his take on worship to Coachella, the preeminent California music festival.

What exactly the show will comprise is anyone’s guess. Mr. West’s “Sunday Services” have been highly exclusive events that require invitees to sign nondisclosure agreements. Most of what’s known about the shows comes from interviews with Ms. Kardashian West and Instagram posts by Mr. West’s extended family, including his 5-year-old daughter, North West.

Ms. Kardashian West also explained on “Jimmy Kimmel Live!” that there’s no prayer but that it is Christian, including the gospel choir and songs like Mr. West’s song, “Jesus Walks.”

But she encouraged all faiths to participate. “Everyone that comes understands it’s just a really healing experience,” she told Elle magazine.

Mr. West, who nicknamed himself “Yeezus,” addresses religion often. He has posed as Jesus for the cover of Rolling Stone magazine and has tweeted that his favorite app is the Bible App, and his Twitter feed is littered liberally with Bible verses.

Ms. Kardashian West also has been forthcoming about her religion, talking to Vogue in 2018 about the influence of her all-girls Los Angeles Catholic school, where she said she couldn’t wear makeup.

“We start our day with a group chat with a Bible verse from my mom,” she told Vogue about her current faith life. “Our work ethic and our discipline comes from so many years at Catholic school.”

In 2014, Mr. West and Ms. Kardashian were married by Miami Vous Church Pastor Rich Wilkerson Jr., who has a reality show of his own.

All this talk about religion has long had some wondering if Mr. West’s next move is to make a Christian album.

According to the gossip website TMZ, a member of the R&B group 112, Slim, said he had been working with Mr. West on songs that could get more youth interested in church.

If enlightening younger fans is his goal, Mr. West’s Easter service will be directed at a target-rich audience. Nielsen data shows that nearly half of music festival-goers fall in the 18 to 34 age range.

The announcement comes months after Mr. West had pulled out of Coachella after the festival’s producer, Goldenvoice, refused to build a giant dome for his set.

Some fans were thrilled Mr. West’s Coachella performance is being resurrected. “After 21 years of going to church on Easter Sunday, I can’t believe that Kanye will be giving me my service this year,” @andrea_clapp tweeted.

Fan @jcarrrt also shared her excitement on Twitter, saying, “I am ready to find God on Easter Sunday. Thanks, Kanye. Very cool!”

The service is still highly exclusive. While Coachella attracts approximately 125,000 fans each weekend of the festival, according to Billboard, tickets range from about $430 to $1,000.