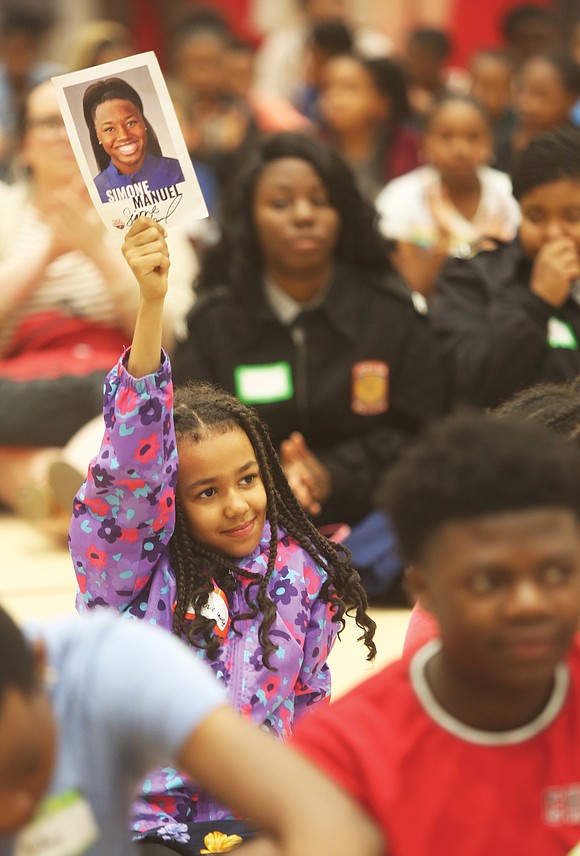 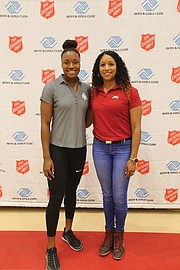 Olympic swimmers Simone Manuel, right, and Maritza McClendon inspire youngsters, including 7-year-old Valerie Lewis, left, during Tuesday’s Splash Day at the Salvation Army Boys & Girls Club. The swimmers took pictures with the youngsters, participated in a question-and-answer session and swam in a relay alongside the youths. The event was to celebrate and showcase the newly renovated aquatics center at the club, 3701 R St. in the East End. Ms. Manuel of Sugar Land, Texas, won two gold and two silver medals at the 2016 Summer Olympics in Rio de Janeiro. She became the first African-American woman to win an individual Olympic gold medal in swimming with a tie for first in the 100-meter freestyle event in which she also set an Olympic and American record with a time of 52.70 seconds. Ms. McClendon, who swam at the University of Georgia, made history in 2004 as the first Puerto Rican of African descent to earn a place on the U.S. Olympic swim team. She won a silver medal in the 400-meter freestyle relay during the 2004 Olympic games in Athens.