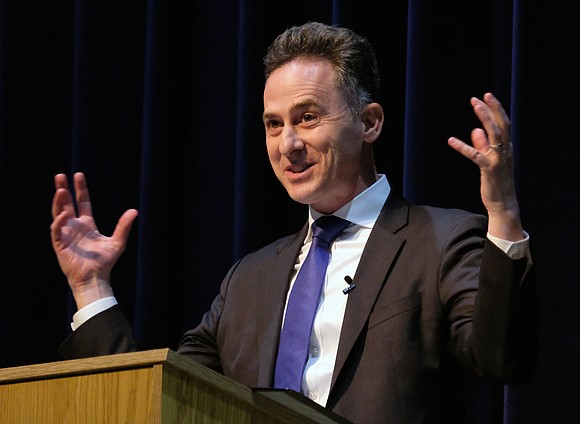 The Richmond School Board is taking a series of steps in seeking to get a handle on the soaring cost of school construction. The ballooning cost is undermining any hope of modernizing city schools for $800 million over 20 years — the amount the city has promised to provide.

The moves comes as five School Board members pushed back against city efforts to blame the board for ignoring the warning signs.

The board is pressing the city to look for ways to save money on three schools already in the construction pipeline and taking a first step to rezoning schools that could lead to some building closures.

On Monday, the School Board also directed Superintendent Jason Kamras to hire an outside expert to evaluate estimates for the three planned schools and two others, a replacement for George Wythe High School and Woodville Elementary School.

The move revives a proposal for an outside estimate of construction costs that was embraced by the board last year, but killed by Mr. Kamras in December as being too expensive.

“We want to make sure that there’s no discrepancy in construction costs going forward,” School Board Chair Dawn C. Page said as the board voted 9-0 Monday night to hire an independent cost evaluator. “We cannot delay the process any longer. We want the right numbers.”

The move came after Darrin Simmons Jr., the school system’s chief operating officer, confirmed to the board that the current estimated cost for the three schools is $140 million. That total, however, has been reduced by $2.8 million because of a reduction in the amount to be paid to the schools’ designer, RRMM Architects of Chesapeake.

Last December, Mr. Kamras unilaterally rejected a city-backed proposal to have the city and RPS jointly pay for a cost evaluation based on internal findings that the original estimates for the three schools were not matching up with projected costs, according to the School Board’s minutes.

The board expressed surprise last month after the Free Press reported the cost of the three new schools — George Mason and Greene elementary school replacements and a replacement for Elkhardt-Thompson Middle — had jumped by $30 million from the original 2017 estimate of $110 million.

The report of ballooning cost was considered a surprise even though the information had been shared with Mayor Levar M. Stoney, six members of the School Board and four members of City Council at a Feb. 6 joint meeting of the Education Compact. The higher figures also had been known to Mr. Kamras and top city officials, including the mayor’s chief of staff, as long ago as September, according to a city statement.

During a School Board discussion Monday night that included Robert Stone, the city’s interim chief capital projects manager, 4th District School Board member Jonathan Young pressed for recommendations to save money on the construction of the three schools before final contracts are awarded.

According to Mr. Young, Mr. Stone promised to return by mid-May with recommendations on ways to shave costs, called value engineering. Mr. Young said Mr. Stone estimated the proposals might lead to savings of $2 million per building.

The board also approved creation of a rezoning commission that is to include board members and citizens to work with a consultant and come up with a series of plans for revamped attendance zones that would include the three new schools.

In a separate move, the board created a three-member committee of Mr. Young, Elizabeth Doerr, 1st District, and Cheryl Burke, 7th District, to work with the superintendent on a plan to return to the city property that could be sold to raise money.

He said he also would propose that RPS sell the aging Technical Center campus on North Side, with career and technical programs either shifted to high schools or relocated to a South Side building that Altria has donated to the school system.