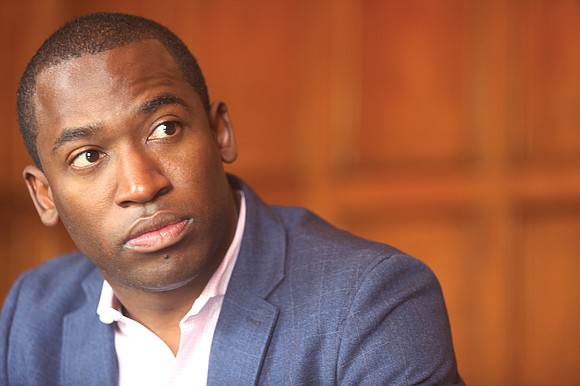 Now stumping for tax increases that he claims will go to pave streets and repair aging schools, Mayor Levar M. Stoney has clearly put a proposal to build a new, larger Richmond Coliseum on the backburner.

Still, the Free Press has learned that the writing of legal documents and ordinances that would need to go to Richmond City Council for approval is continuing behind the scenes, with several sources indicating that work could soon be complete.

While there has been no public confirmation that the work is almost done, there are some expectations that the mayor would roll out the Coliseum proposal by summer, once the debate over taxes has subsided and the new city budget is in place.

Even as rumors fly about the project’s status, critics still are raising questions about the proposal and the money it could strip from the city’s general fund to help pay off the debt for a new $220 million, 17,500-seat replacement arena.

Among them is Paul Goldman, leader of the Put Schools First campaign, who believes the Coliseum plan would cause a major, decades-long delay in replacing the outdated school buildings most students attend.

Ready to rev up his unfinished effort to collect signatures to put a referendum on the November ballot to give city voters a say on the Coliseum plan, Mr. Goldman is taking aim at the reported charity status of the Navy Hill District and Navy Hill Foundation, the entities the city has chosen to undertake the $1.4 billion plan to build a new arena and redevelop the 10 surrounding blocks near City Hall.

The Navy Hill District and Navy Hill Foundation were established by Thomas F. Farrell II, chairman, president and chief executive officer of Dominion Energy, and his well-heeled allies who last year filed the only response to a city request for proposals for the Coliseum project and other related developments.

Mr. Goldman has filed a lawsuit challenging the city’s refusal to make public information received from the Navy Hill businesses concerning their legal structure and the people involved.

Now Mr. Goldman is charging that the claim that both entities are charities are bogus. He said the IRS has no record that the NH District or NH Foundation has filed for 501 (c) (3) status, the well-known designation for nonprofit status under the federal tax code.

Entities that do not have that status are not considered charities and do not qualify for exemption from federal or state taxes, according to the IRS and the state Department of Taxation.

A Free Press search of the IRS database on charities, and of private websites such as Charity Navigator and GuideStar that collect and publish annual financial reports filed by charities with the IRS, found no evidence that either entity has applied for charitable status.

Grant Neely, a spokesman for Navy Hill, stated Monday in response to a Free Press query that the Navy Hill District “was set up as a not-for-profit entity with the Virginia State Corporate Commission under state law.

“The 501(c)(3) status is a tax designation from the federal IRS. The application for that IRS designation is in process. We do not have a timeframe on when that process will be completed. We will let the public know once it is,” he stated.

On Wednesday, in a follow-up message, Mr. Neely stated the lack of the IRS designation does not mean a group is not operating as a nonprofit.

“As many who operate or engage with nonprofits know, many organizations are up and running before such designation is granted. There’s nothing new or unusual about that,” he stated.

Mr. Goldman, though, noted that if the Navy Hill entities are charities, they must file a 990 form with the IRS, which is public.

However, such fillings would show up in public records, and there is no evidence any such filings have been made.

Mr. Goldman said that if Navy Hill wants to live up to its commitment to operate like a charity, it would make any tax returns filed on behalf of those entities since their formation in 2017.