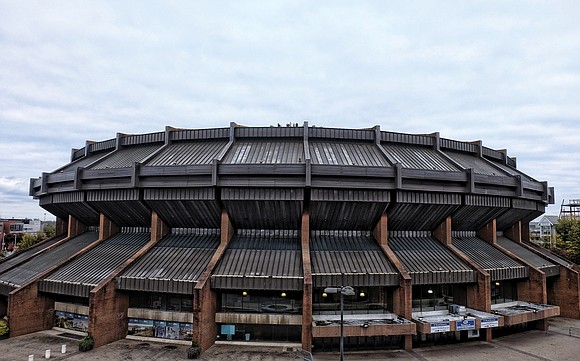 The battle over the proposed $1.5 billion Navy Hill District Corp. project in Downtown could rage for a few more months.

Amid fresh twists in the saga, hopes appear to be fading for a City Council vote in January on the plan Mayor Levar M. Stoney is backing to replace the vacant Richmond Coliseum and develop prime city-owned real estate near City Hall for a hotel, office buildings, more than 2,000 apartments and restaurants and retail outlets.

As of the Free Press deadline on Wednesday, the mandatory notice of the city’s intent to award a contract had not been posted on the city’s website, suggesting it could be December before a contract is signed.

If that happens, then City Council might not receive the consultant’s report until late February, ensuring that it would be sometime in March before a vote could be taken.

The consultant would operate separately from the Navy Hill Development Advisory Commission that the council previously set up and which expects to issue its report by mid to late December to meet its 90-day deadline.

A delay might benefit advocates of the project. Despite the energy and effort that has gone into selling the expensive plan, it does not appear that the mayor has the seven votes needed on City Council to approve the key element — the sale of city property to the group spearheading the project.

At a Tuesday meeting of the Richmond Crusade for Voters, incoming 5th District Councilwoman Stephanie Lynch indicated that she would likely be a “no” vote on the project. Before and after winning the Nov. 5 election to replace Councilman Parker C. Agelasto on Dec. 1, Ms. Lynch said she found at least 60 percent of the district’s residents do not support the project.

Others on council who have indicated concern or skepticism about the plan include Council Vice President Chris A. Hilbert, 3rd District, and Kristen N. Larson, 4th District.

The prospects for approval were not aided this week with the well-publicized filing of a complaint to the Internal Revenue Service challenging the nonprofit status of Navy Hill District Corp., which has spearheaded the proposal for the past two years.

The complaint was filed by Richmond native Jeff Thomas, an author who lives in Washington and alleges that NHDC has violated IRS rules barring nonprofits from lobbying elected officials. 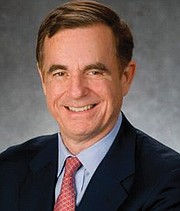 Accompanying the complaint was the disclosure that Dominion Energy and a Richmond-headquartered bank have played a bigger role than previously known in NHDC.

The bank, now known as Atlantic Union Bank, and Dominion Energy provide the funding to enable NHDC to push the project aimed at remaking the area between 5th, 10th, Marshall and Leigh streets and two other city-owned blocks south of Broad Street.

Atlantic Union contributed $2 million and Dominion contributed $1.5 million to support the work of the nonprofit Navy Hill District Corp., which is led by Dominion’s top executive, Thomas F. “Tom” Farrell II, according to the fiscal 2017-18 report on revenue and expenditures that NHDC filed with the IRS and made public this week after being hit with demands for the disclosure by Mr. Thomas.

Mayor Stoney apparently was unaware of the contribution by Dominion Energy. During a community session on Navy Hill the city held Monday night at the Hickory Hill Community Center, Mayor Stoney told a questioner that Dominion Energy was not directly participating in financing the development.

Jeff Kelley, a spokesman for Navy Hill, andC.Ryan Frazer, a Dominion spokesman, stated separately that the contribution was an advance payment on “future marketing opportunities” involving the project, such as naming rights.

Mr.Ryan stated the contribution came from shareholder funds, not customer payments, and fits with Dominion’s efforts to work “closely with localities in our service areas to promote economic development and growth.”

The bank is a booster for the project. A report published last year stated that Atlantic Union Bank pledged to provide $1 million to support the affordable housing component of the NHDC development.

Mr. Thomas filed the IRS complaint on Monday. In it, he stated that “the preponderance of all publicly available evidence indicates that not merely the substantial part, but the sole purpose and function of (NHDC) is to lobby, specifically for the passage of a bond issue and related legislation through the Richmond City Council.

“(NHDC) provides no charitable or religious services whatsoever,” the complaint continues. “Therefore, it is reasonable to conclude that (NHDC) is not operating for charitable purposes.”

IRS rules allow nonprofits to advocate, but generally bar them from urging elected officials to vote for or against legislation or to urge its members and others to contact legislators to urge them to vote a particular way.

Nonprofits also are barred from benefiting insiders in the project, and the complaint alleges that NHDC has crossed into improper territory by creating a for-profit arm, Capital City Partners LLC, to secure private investors and carry out the proposed development.

“Having a for-profit entity with private investors expecting a return on their investment spearheading a putatively nonprofit development/lobbying entity is a clear conflict of interest, if not worse,” the complaint states. 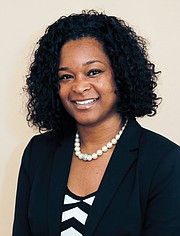 On behalf of NHDC, Mr. Kelley responded that the “IRS complaint contains false and misleading information, and we are confident that it will be dismissed.”

“The NHDC’s activities are consistent with the applicable laws and regulations governing charities that limit the advocacy and lobbying efforts of such entities,” Mr. Kelley continued. “The complaint and stories mislead Richmonders into believing that we cannot advocate for the Navy Hill project. That is untrue.

“This complaint is another attempt to keep the status quo in place and to discredit philanthropic attempts by the NH Foundation and others to make a difference in the lives of Richmonders,” Mr. Kelley concluded.

According to the financial report to the IRS, Navy Hill was established for the sole purpose of “revitalization and economic redevelopment of approximately 10 city blocks in Downtown Richmond ... consisting of approximately 21 acres of publicly-owned property.”

Only the federal agency can determine whether NHDC has remained within the bounds set by the IRS. However, Help Me Help You, a nonprofit founded by former City Council President Michelle Mosby and a contractor for Navy Hill, paid people $25 each to hold up signs urging support of the Navy Hill development at the Nov. 12 council meeting, according to published reports."