$6M: Richmond spending much more than Chesterfield on new schools

Richmond apparently will spend at least $6 million more on building two new elementary schools than Chesterfield County is having to pay, according an update report the Joint Construction Team provided to the city School Board Monday night.

According to the data provided by the JCT, a group of city and school officials overseeing the construction, Richmond is paying substantially more per square foot than Chesterfield in building new elementary schools and potentially less for a new middle school.

That caught some Richmond School Board members by surprise. Third District representative Kenya Gibson, who previously questioned the cost of the new schools, said the report left her “with more questions than answers.” 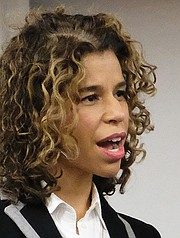 One big reason for the difference, JCT stated, is that the city is spending 6 percent more on energy efficiency than Chesterfield, although no justification was provided to support that claim.

The JCT submitted the data to defend the projected expenditures for building three new schools that are projected to use almost the entire $150 million provided by city taxpayers.

Closer scrutiny of the figures appears to undermine the JCT’s claim that the expenditures are reasonable when it comes to the elementary schools.

While the JCT figures did not include all expenses for the new city schools and did not explain an item labeled “other costs” attributed to Chesterfield County schools, the figures that were included offer best evidence that Richmond’s costs will be higher.

For example, Chesterfield received in January 2018 an average construction bid of $25 million, or $256 per square foot, to build the Old Hundred Elementary School, the JCT reported.

According to the JCT, when inflation, energy efficiency and “other costs” are added, the price tag for Old Hundred Elementary should be around $30.76 million, or about $310 per square foot.

That’s also the case with the new 1,000-student Greene, which, at 116,000 square feet, will be larger than each of the three new elementary schools in Chesterfield that the JCT report used for comparison.

Construction bids for Chesterfield’s new 96,000-square-foot Harrowgate Elementary, on which bids were opened in January 2019, came in at about $24 million, JCT stated, or about $247 per square foot.

The JCT estimated that after inflation, energy efficiency and “other costs” are added, the price for Harrowgate should run $26.8 million, or about $279 a square foot.

The JCT projected cost for site work and construction of Greene at $36.6 million, or $315 per square foot, not including design, engineering, inspections and other costs.

The difference is $36 a square foot, meaning the city will spend an extra $4.18 million to build Greene compared with Chesterfield’s cost for Harrowgate.

The JCT’s figures for inflation, energy efficiency and “add ons” are apparently internally generated. There is no citation that any of those numbers came from Chesterfield County.

That calls into question the JCT report’s finding that the new Elkhardt-Thompson Middle School could end up being less expensive than the new Midlothian Middle School in Chesterfield.

The comparison is more difficult because Midlothian Middle is far smaller at 140,000 square feet than Richmond’s new middle school at 187,200 square feet. According to the JCT, construction bids for Midlothian came in at $40.3 million, or $288 per square foot.

The JCT estimates the final cost should increase to $348 per square foot when inflation, energy efficiency and “add ons” or included. If the figures are correct, the city’s new middle school would be less expensive. It is projected to cost $57.3 million for site work and construction, or $306 per square foot.

One problem is that the JCT did not include all of the costs associated with the development of the city’s three new schools. Unpriced items include installation of computer network and wireless equipment; purchases of furniture and other equipment; and demolition of the old buildings. Those costs would increase the ultimate per square foot cost.

The report from the JCT restates the ambitious construction schedule and plan to open the new Richmond schools in September 2020. Richmond schools Superintendent Jason Kamras promised in April that a third-party review would be conducted of the costs, which was called for by the School Board. Mr. Kamras and Mayor Levar M. Stoney endorsed undertaking a review after the Free Press reported in March that the cost of the three schools had skyrocketed $30 million above 2018 estimates.

However, the JCT, the mayor and superintendent have not advanced a proposal for the cost review, and the city’s procurement office has not issued any request for proposals.

On the energy front, the JCT said it is worth spending an extra 6 percent to register Richmond’s new school buildings with the national LEED energy standards, or Leadership in Engineering and Environmental Design.

But as the Free Press reported previously, the LEED registration for four school buildings constructed between 2011 and 2014 has not produced significant energy savings.

Despite Richmond City Council insistence that public buildings, including the new schools, be registered with LEED, officials involved with the JCT told the School Board that LEED standards on insulation and energy-efficient doors and windows already are incorporated into modern design and construction practices and would be done with or without LEED certification.

The JCT also acknowledged that much of the projected energy savings are likely to come from installation of solar panels on the roofs of the three new buildings. The solar panels are to be paid for with grants or other money that is separate from the fund used to pay for school construction.