City could have saved $8M on 2 new schools 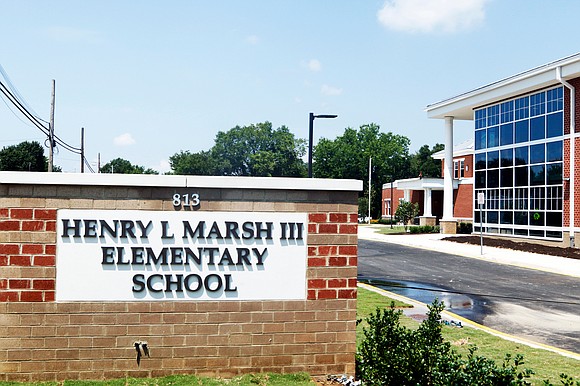 The new vice chairman of the Richmond School Board wants to end what he sees as overspending on new school buildings. 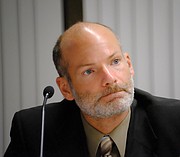 “We can no longer defend the indefensible,” Mr. Young said. Such extra spending is “not fair to our students, parents or Richmond taxpayers.”

He said he wants the School Board to insist that the traditional sealed-bid method be used in the future to procure potential contractors for new school construction rather than continuing the city’s practice of accepting a fixed price from a contractor selected internally by a joint city-school task force — a method called construction manager at-risk.

Mr. Young and School Board member Kenya Gibson, 3rd District, were among a minority of board members who have spoken out previously about construction costs, but were overruled.

“The use of CM At-Risk to make this happen was an easy decision: We prioritized kids over contractors,” Mr. Saunders stated.

The new data from the Virginia Department of Education confirms previous Free Press reports indicating Richmond school construction costs appear out of line with costs of other school districts. The data also is providing new ammunition to aid efforts to push the board into keeping a closer watch on school building costs.

According to VDOE figures, the city’s cost just for construction of the new Cardinal Elementary and Henry L. Marsh III Elementary averaged $282 per square foot, or $38 higher than the statewide average of $244 per square foot in 2019-20.

Based on that data, Richmond would have saved about $8 million if the construction costs for the two schools had tracked the state average.

A comparison with two other school districts illustrates the higher cost that Richmond has paid and why Mr. Young feels the school system was ripped off by using the construction manager at-risk process rather than sealed bidding.

Under construction manager at-risk, the chosen contractor agrees to pick up the tab for any cost overruns over the fixed bid price.

In the latest data, VDOE reported that in June 2020, Chesapeake’s School Board approved construction of a new 928-student elementary school that would cost $25.1 million. That report stated that construction-only expenses are to run $173.24 per square foot for a building that would have 125,113 square feet when completed.

Contrast that to Richmond, which contracted for Cardinal Elementary in 2019 and shelled out $37.1 million in reportable VDOE expenses, or $12 million more.

The bottom line: Chesapeake is getting a bigger building and is paying substantially less in construction costs than Richmond.

The new Marsh Elementary, which is smaller at 100,000 square feet, cost even more to construct — $298 per square foot.

Since 2018, VDOE data show Chesterfield County, which uses sealed bidding, has contracted for six new elementary schools. The data show the construction-only cost has hovered around $211 per square foot, or well below the city’s expenditure for brick, mortar, windows, labor and other building-related costs.

Richmond did not appear to benefit by paying extra to hire construction management giant AECOM to track costs and oversee the contractors on behalf of the city rather than using in-house staff.

Along with paying more, Richmond’s new elementary schools also were not delivered on time and would not have been usable if the city’s public schools had opened to students in September. The pandemic led to buildings staying closed and classes going virtual.

City Hall previously confirmed that required certificates of occupancy that authorize a building to be used were not issued for the two elementary schools and the new River City Middle School until November, even though Mayor Levar M. Stoney ceremonially turned over the keys to the buildings to Richmond Schools Superintendent Jason Kamras just before the start of fall classes.

The Virginia Contractor Procurement Alliance had warned the city before the contracts for the buildings were issued that the construction manager at-risk method would result in higher costs.