Tobacco purchase age likely to be raised to 21 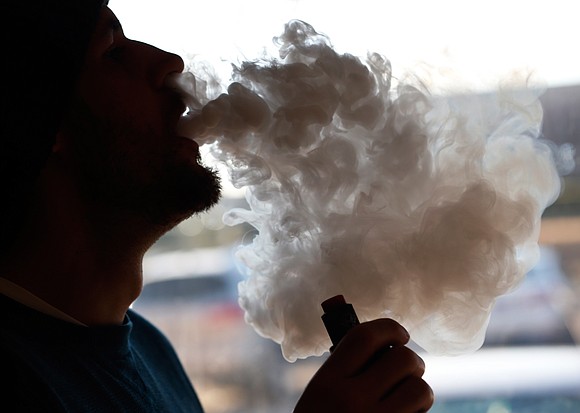 The age for purchasing tobacco products and e-cigarettes is on track to be raised to 21 across the country, just as it is now in Virginia and 11 other states.

The increase in the purchase age pushed by U.S. Sen. Tim Kaine, a Virginia Democrat, and U.S. Sen. Mitch McConnell, a Kentucky Republican who serves as Senate majority leader, is now included in a spending bill that is expected to clear Congress this week to keep the government operating.

The $1.4 trillion spending package on which negotiators from both parties have been working for weeks would allow the government to continue to operate until Sept. 30, but has been festooned with amendments that were seen as needed to gain passage.

Sen. Kaine celebrated after the negotiators included the increase in the tobacco purchase age in the spending compromise legislation that passed the U.S. House of Representatives on Tuesday and which the Senate is scheduled to clear on Friday. Sen. Kaine said the legislation could cut deaths from premature, tobacco-related deaths by 220,000 people.

The age change overshadowed the host of other items that are part of the spending bill, including a 3.1 percent pay increase for federal workers, a $1.4 billion increase in funding for the census that will take place in April and a $25 million appropriation that lifts the decades-old federal ban on gun-violence research.

However, the bill did not include an extension of expiring tax credits for solar energy.

The legislation, though, provides a win for Republicans in repealing three taxes that have been on hold, but were designed to help finance in the future the Affordable Care Act, or Obamacare.

The taxes being repealed include a 2.3 percent excise tax that would have been imposed on medical devices in 2020 and a fee on the health insurance industry that also was to become effective next year. Also to be repealed is a 2022 tax that would have imposed a 40 percent excise tax on the most generous and expensive health insurance plans, a win for unions and big businesses opposed to the tax.

The spending legislation also represents a victory for President Trump in providing $1.375 billion in new funding for his border wall, while ensuring he retains his authority to raid other programs to raise additional funds.