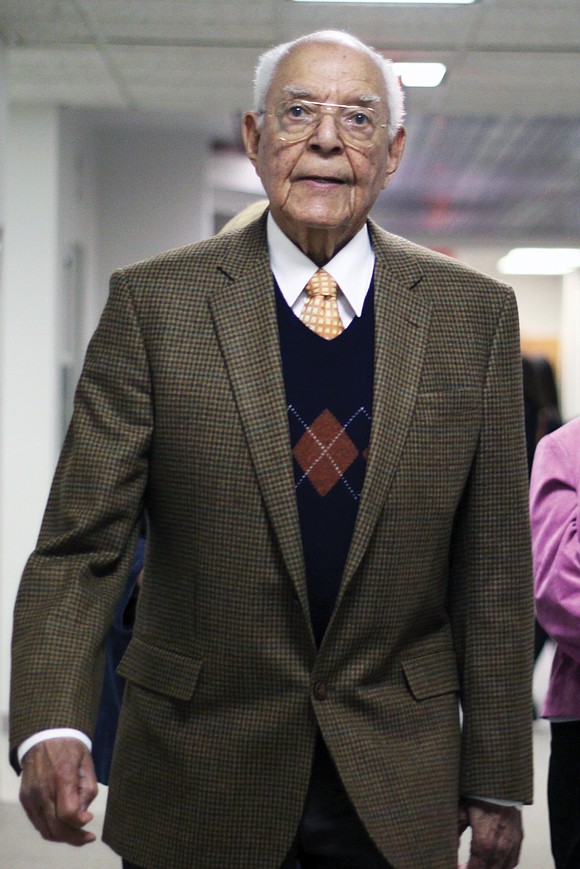 Dr. William Ferguson Reid Sr. may have stepped down from the ranks of Virginia’s political leaders, but the retired surgeon and pioneer in modern Virginia politics has his attention glued to the controversies surrounding the state’s governor, lieutenant governor and attorney general.

He said he sees a high-stakes political game at play, with Democrats risking all of their recent political gains in the process.

“I think it’s a real tragedy,” said Dr. Reid, 93, who now lives in Southern California with his wife, Jackie, and near their son, Dr. William Ferguson Reid Jr., also a physician.

He said too many progressive lawmakers are afraid of short-term political losses by sticking with Gov. Northam and that too few are putting the perceived damage in social and historical context.

“They (some Democrats and other progressives) don’t want him (Gov. Northam) to be an anchor around their necks,” said Dr. Reid, who in 1967 became the first African-American elected to the Virginia General Assembly since Reconstruction. The Richmond native spent six years in the House of Delegates and more than 50 years engaged in Virginia politics. He was one of the three founders of the Richmond Crusade for Voters in 1956.

Dr. Reid said that Gov. Northam should remain in office.

“I have not seen any racist tendencies on his part,” Dr. Reid said of Gov. Northam, suggesting that lawmakers should think harder about their push to oust Gov. Northam.

He said anyone who knows Virginia history should know Gov. Northam grew up in a rural part of Eastern Virginia long known for its Ku Klux Klan activity. That Gov. Northam, a 25-year-old medical school student in Norfolk at the time, would be in such a picture comes as no surprise, Dr. Reid said. “He was probably just going along to get along,” Dr. Reid suggested.

Dr. Reid learned later about Attorney General Mark R. Herrings disclosure that he, too, had gone in blackface to a college party in 1980 when he was a 19-year-old student at the University of Virginia.

“Maybe I need to come back and run for governor,” Dr. Reid joked. “I’m already in blackface.”

On the heels of the Northam disclosure, which has triggered widespread criticism and calls for the governor to resign, came a claim by a woman that she was sexually assaulted by Lt. Gov. Justin E. Fairfax shortly after she met him in 2004 at the Democratic National Convention in Boston.

Lt. Gov. Fairfax has denied the allegation as baseless, saying their sexual encounter was consensual.

“It’s just her word against his word,” Dr. Reid said in an interview Tuesday night before details of the allegation were released and before a second accuser came forward. “I just give him the benefit of the doubt.”