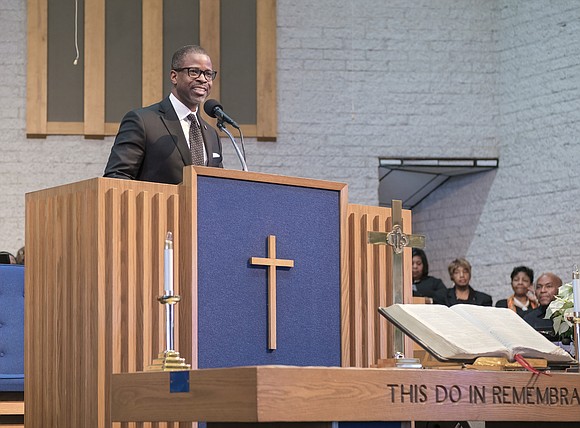 Jan. 1 marks one of the greatest days in American history — the day when President Abraham Lincoln issued the Emancipation Proclamation to abolish slavery amid the raging Civil War.

But the yearly celebration of the great freedom edict on New Year’s Day has begun to flag in Richmond, the former capital of the Confederacy.

For the first time in memory, not a single elected city official or General Assembly representative took part in the service to mark the 1863 proclamation, which gave black people new hope that the country would live up to its promises of freedom and equality; transformed the war into a crusade against slavery; enabled the Union to secure victory through enlistment of black troops; and led to the passage and ratification of the 13th Amendment to abolish human bondage in the United States.

The only public official who participated in the service at Fifth Baptist Church in the city’s West End was Jenefer S. Hughes, commissioner of revenue for Chesterfield County.

“I wouldn’t have missed it for the world,” said Ms. Hughes.

But it wasn’t just public officials who blew off the 80th annual event to mark the occasion and rally the community to re-commit to addressing today’s challenges to full freedom.

Among the missing were most of the 180 members of the Baptist Ministers’ Conference of Richmond and Vicinity, which hosts the event. Only about 30 ministers attended Tuesday’s service.

Also missing were the presidents of the NAACP branches in Richmond and surrounding counties. The local branches were the beneficiaries of the offering collected at the service. The once long list of ministers and churches pledging ahead of the service shrank this year to six churches and 21 ministers.

Still, the more than 350 people who attended were treated to the rousing singing of the 62-voice Greater Metropolitan Choir and an equally rousing message from the Rev. Prince Raney Rivers, senior pastor of Union Baptist Church in Durham, N.C.

Drawing on a passage from the Book of Nehemiah, Rev. Rivers challenged the audience to get involved in tackling current challenges, ranging from protecting civil rights to ensuring a quality education for all children and dealing with the poverty that still afflicts so many people.

Citing Nehemiah’s leadership in rebuilding Jerusalem and its protective wall, he told the audience the biblical figure did not gain the financial support of the Persian king and did not undertake the arduous and hazardous task “to build half a wall.”

Urging his listeners to avoid complacency, Rev. Rivers called for people to be like Nehemiah and “finish the work” that began with abolition.

He noted that the community has overcome a host of past challenges, such as Jim Crow laws and lynchings.

The annual Emancipation Proclamation Day worship service continues a tradition launched in 1940 by the late Rev. W.L. Ransome of First Baptist Church of South Richmond. The service later was turned over to the ministers’ conference to run.

The daytime service follows “Watch Night” services that many churches hold on New Year’s Eve. The tradition of those services dates to 1862, when people gathered on Dec. 31 to pray that President Lincoln would keep his word and issue the proclamation that declared an end to slavery in 10 states, including Virginia.

After the Civil War, Richmonders long celebrated freedom on April 3, the day in 1865 that Union troops marched into the city liberating thousands of enslaved people and proclaimed victory over Confederate forces in the city.

But that tradition disappeared early in the 20th century, and Rev. Ransome revived the freedom celebration with a new focus on the Emancipation Proclamation. The ministers’ conference has hosted the event for about 55 years.