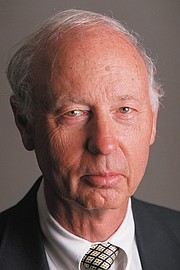 After two long years of fruitlessly trying to kill Obamacare, the Republican Party and President Trump have been given a political hand grenade by a federal judge in Texas to get the job done.

U.S. District Judge Reed O’Connor recently declared the Affordable Care Act unconstitutional because the tax penalty for not buying health insurance was removed by the Tax Cuts and Jobs Act of 2017. The tax penalty was the key element of the ACA that allowed the law to survive a landmark constitutional challenge in 2012.

A lawsuit filed by Texas Attorney General Ken Paxton charged that since Judge O’Connor ruled the mandate, “once the heart of the ACA, ... unconstitutional, the remainder of the ACA must also fall.” For the time being, however, the Trump White House has said the rest of the law will remain in place.

Nevertheless, a gloating Trump quickly tweeted: “As I predicted all along, Obamacare has been struck down as an UNCONSTITUTIONAL disaster! Now Congress must pass a STRONG law that provides GREAT healthcare and protects pre-existing conditions.”

The latter is a proviso long advocated by the Democratic Party. Prospective House Speaker Nancy Pelosi promptly announced that when her party takes control of the U.S. House of Representatives in January, it will “move swiftly to formally intervene in the appeals process to uphold the life-saving protections for people with pre-existing conditions, and reject Republicans’ effort to destroy the Affordable Care Act.”

California Attorney General Xavier Becerra, heading a group of 18 state AGs, said they would challenge the anti-ACA ruling. Also, major medical groups condemned the judge’s decision. Dr. Barbara L. McAneny, president of the American Medical Association, called the ruling “an unfortunate step backward for our health system that is contrary to overwhelming public sentiment. No one wants to go back to the days of 20 percent of the population uninsured and fewer patient protections,” she said.

Republican U.S. Sen. Susan Collins of Maine, often at odds with President Trump, said of the court decision, “There are a lot of flaws in the ACA, but there are a lot of very good provisions as well. Tossing it out the window altogether is not the way to go. We can’t have our position be to just repeal and not replace the ACA.”

Senate Minority Leader Chuck Schumer of New York seemed to signal a tough fight ahead if the ruling survives appeal. “The GOP spent all last year pretending to support people with pre-existing conditions while quietly trying to remove that support in the courts,” he said. Come January, “we will force votes to expose their lies.”

Politically, the development may temporarily move the national spotlight off President Trump’s expanding legal difficulties from the Mueller investigation on the Russian conspiracy to influence U.S. elections and the president’s spreading business troubles. But the come-clean testimony of his former lawyer and personal fixer, Michael Cohen, now sentenced to three years in prison, still assures continued scrutiny.

The latest resurrection of the GOP and Trump war on Obamacare comes after earlier conspicuous failures to annihilate it. His inability to deliver on this prime goal, despite the Republican control of all three federal branches, became a source of anguish and embarrassment for President Trump. It probably hit bottom for the president in 2018 when his arch GOP critic, the then terminally ill Sen. John McCain of Arizona, left his bed and traveled cross-country to deliver the deciding vote keeping Obamacare alive.

With the House about to flip to a Democratic majority, even the Texas judge’s blow against the law does not assure its demise. The 18 state AGs’ appeal to the 5th U.S. Circuit Court of Appeals could restore it later next year, after which the case could reach the U.S. Supreme Court in time to be a hot issue again in the 2020 presidential election. If so, it could be critical to President Trump’s prospects for election to a second term in 2020 if the death of Obamacare remains his most conspicuous broken domestic promise.