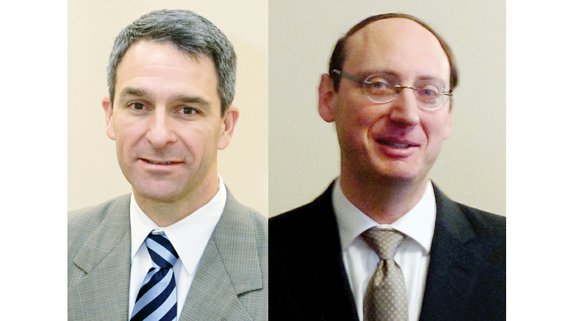 Ending a long-running dispute with the governor, the Republican majority in the General Assembly will cap the legislative session by filling a vacant state Supreme Court seat with their own choice.

However, as has been traditional, the choice will be a seasoned jurist — Stephen R. McCullough of the Virginia Court of Appeals, GOP leaders in the House and Senate announced Wednesday.

Judge McCullough’s name was put forward after Republicans pulled off what may have been an early and elaborate April Fool’s joke with their threat to elect to the court an ideological lightning rod, former state Attorney General Ken Cuccinelli.

Mr. Cuccinelli, whose staff said he was never consulted before his name was announced Tuesday in the Senate, quickly pulled the plug on a nomination that had created heartburn among Democrats and generated quick protests from groups like Planned Parenthood and Progress Va.

In a statement Wednesday, Mr. Cuccinelli informed the Senate GOP Caucus that he and his wife, Tiero, “gave serious and prayerful consideration to accepting this honor,” but “it simply is not the right time for our family.”

He was the ideal person for Republicans to use to show they were prepared to punish Democratic Gov. Terry McAuliffe for trying to appoint a justice without first securing their approval.

After all, Mr. Cuccinelli narrowly lost to Gov. McAuliffe in the November 2013 race for state chief executive. And as attorney general, Mr. Cuccinelli became a liberal’s nightmare. He fought to shut down abortion clinics, kill the Affordable Care Act, or Obamacare, attack government clean air rules and intimidate scientists studying climate change, among other things. 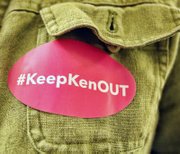 Mr. Cuccinelli, who could run again for governor in 2017, seems to have little taste for a judicial seat that would have forced him from the national and state political scene.

He currently leads a national Tea Party-affiliated political action committee, the Alexandria-based Senate Conservatives Fund, where he has been involved in promoting the presidential candidacy of GOP Sen. Ted Cruz of Texas and is helping right wing candidates win U.S. Senate seats.

The decision to name Judge McCullough to the state’s highest court ends the governor’s six-month effort to fill the vacancy with a veteran and highly respected Northern Virginia judge, Jane Marum Roush, a move that House Republicans blocked solely because the governor chose her when the legislature was not in session.

In a final effort on March 2 to seat her, the state Senate, on a largely party line vote, nominated her to a full term on the court, but the House voted her down 55-38.

House Speaker William J. Howell and Senate Majority Leader Thomas K. Norment began looking for another candidate when they could not muster the votes for their first choice, Judge Rossie D. Alston Jr., the lone African-American on the Court of Appeals and a colleague of Judge McCullough.