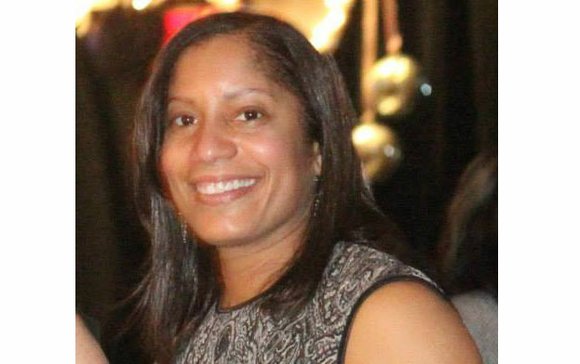 Henrico County Judge Mary Bennett Malveaux is a beneficiary of the judgeship fight between the governor and the Republican-dominated General Assembly.

She is headed to the state's 11-member Court of Appeals where she will be the second African-American in state history to serve on the court. She is officially to begin on April 16.

Both the House of Delegates and the Senate overwhelmingly elected Judge Malveaux to the vacancy that opened when the Republican-dominated General Assembly promoted Appeals Court Judge Stephen R. McCullough to the state Supreme Court.

“Republicans in the House and Senate chose her because we thought she was the best candidate, and the other side agreed because the vote essentially was unanimous,” said Richmond Delegate Manoli Loupassi, chair of the key House subcommittee on the judiciary. “The bipartisan support she received reflects the esteem in which she is held.”

Her jump to the Virginia Court of Appeals appears unusual. She has spent about five years on the Henrico General District Court, a lower court whose judges rarely, if ever, write opinions or create precedents.

Judge Malveaux also has previous experience as a prosecutor and as a defense attorney, Delegate Loupassi said. That background, he said, is ideal for a court where the “bulk of the work involves criminal appeals.”

“Her experience gives her a perspective a lot of other folks would not have,” he said. “While it is good to have people who have been appellate attorneys, she has seen it, done it, lived it, not just theoretically.”

Judge Malveaux currently serves as the chief judge of the Henrico General District Court. She went on the bench in 2011 and was the Henrico court’s first full-time African-American female judge.

She is married to Courtney M. Malveaux, a former assistant attorney general and former chairman of the Richmond Republican Committee who is now with the Richmond-based firm of ThompsonMcMullan.

Judge Malveaux also is the daughter of Dr. Lillie R. Bennett, a longtime Richmond pediatrician on North Side, and the sister-in-law of Suzanne Malveaux, a former CNN correspondent.

Delegate Loupassi said this week that Judge Malveaux’s successor on the General District Court has yet to be chosen. Judges of the Henrico Circuit Court could end up making the selection, though with consultation with Republican leaders to ensure the person selected could win election in the next session.

For Gov. Terry McAuliffe, the overall result of the General Assembly judicial fight was a slap in the face.

The choice of Judge McCullough brought an end to the governor’s efforts to secure the state Supreme Court seat for his temporary appointee, Justice Jane Marum Roush.

The governor only could bitterly grouse about the decision of the Republican majority that blocked her. He called her ouster and the process of replacing her “an unprecedented political affront to the independence of our judiciary, the branch of government we depend on to apply calm and deliberative thought to our commonwealth’s thorniest disputes.”

The Republicans’ first choice for the state Supreme Court, Judge Alston of the Court of Appeals, also was blocked by one of their own members, new Richmond Sen. Glen H. Sturtevant Jr.

Sen. Sturtevant refused to join the 20 other Republicans in the Senate in electing Judge Alston. He abstained to prevent Judge Alston from gaining a majority, then jumped to join his colleagues in selecting Judge McCullough for the state’s highest court.

He did not respond to a Free Press question as to why he did not support Judge Alston when the choice came down to him or Judge McCullough.

In response to an initial Free Press query, Sen. Sturtevant stated that during his Senate campaign last year and after he took his seat, “I supported electing Supreme Court Justice Roush, a highly qualified and well-regarded individual who was already serving on the bench.

“While the events that unfolded prior to my arrival at the Senate were unfortunate,” he continued, “Justice Roush deserved to stay on the bench, and I voted accordingly. I kept the commitments I made to my constituents by voting for (her) and abstaining on Judge Alston.”

However, he sided with his colleagues who felt that “it would have been irresponsible to both the commonwealth and the court, itself, to leave a vacancy on the (state Supreme) Court because of a political stalemate in the legislative branch. It was the General Assembly’s constitutional responsibility to fill the vacancy on the Supreme Court based solely on the jurist’s qualifications to serve.

“I was pleased (to vote for) another highly qualified jurist, Judge McCullough, a respected and experienced judge who has served the commonwealth with distinction for more than 19 years, including as solicitor general and as assistant attorney general.

“Justice McCullough will serve on the commonwealth’s highest court with a commitment to justice and the rule of law,” the senator stated.