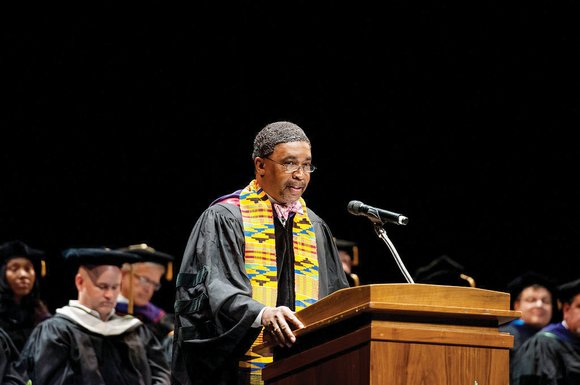 Virginia is on its way to having a record three African-American judges on the state’s highest court — courtesy of the frayed relationship between Democratic Gov. Terry McAuliffe and Republican leaders who control the General Assembly.

In a slap at Gov. McAuliffe for apparently ignoring them, top GOP legislators announced this week that House and Senate Republicans would take the virtually unprecedented step of rejecting the person the governor had appointed to the Virginia Supreme Court, in this case an experienced white female judge.

While it appears to be a done deal, the governor and Republican leaders still have time to cut a deal that would change this outcome, though that seems less than likely. Both sides seem dug in.

Now on the state intermediate Court of Appeals, Judge Alston would join two other African-American justices, S. Bernard Goodwyn and Cleo Powell, on the seven-member Supreme Court once the General Assembly elects him.

Justice Alston’s election could happen as soon as Monday, Aug. 17, when the governor has called a special session to redraw boundary lines for Virginia’s congressional districts. A federal court previously ordered the lines redrawn and approved by Sept. 1 to cure unconstitutional packing of African-Americans into the 3rd Congressional District.

The elevation of Judge Alston would not only add to African-American influence on the Supreme Court, but also would make history.

The National Bar Association, which is comprised primarily of African-American lawyers and judges, could find no record of any other state having so many African-American justices on the highest court at one time, even during the Reconstruction period after the Civil War.

(Judge Alston’s promotion, though, would leave the intermediate Court of Appeals without any African-American judges for the first time since 2007.)

Judge Alston was elected to the appeals court in 2009, after serving eight years on the Prince William County Circuit Court. A graduate of Averett University and North Carolina Central University School of Law, he earlier served three years as a general district court judge in Prince William.

The governor selected her from a short list of candidates, who included Judge Alston.

The governor was entitled to temporarily fill the high court vacancy because the General Assembly, which elects judges, was not in session. However, Justice Roush still needed to be confirmed by the legislature at its next session or she would have to step down.

At the time, Gov. McAuliffe seemed certain the General Assembly would approve the highly respected Judge Roush to a full 12-year term when it next convened, possibly at the special session.