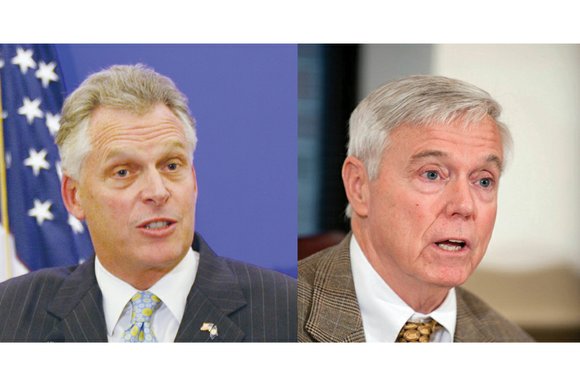 For at least the sixth time in the past 34 years, the House of Delegates is refusing to adjourn a special session.

And that decision by the Republican-dominated body appears to throw a constitutional monkey wrench into Democratic Gov. Terry McAuliffe’s plan to keep Justice Jane Marum Roush on the Virginia Supreme Court.

On July 27, while the legislature was adjourned, Gov. McAuliffe used his authority to provide Justice Roush with an interim appointment to the state’s top court.

But her appointment is set to expire Wednesday, Sept. 16 — 30 days after the most recent legislative session, an Aug. 17 special session of the General Assembly called by the governor.

The reason: The House and Senate did not elect her to a 12-year term during the special session. It was the first time since 1900 that a gubernatorial appointee for justice failed to secure election.

While the governor has vowed to extend Justice Roush’s term on the state’s highest court with another interim appointment, he apparently cannot as long as at least one legislative chamber is still in session.

His authority to make interim appointments can be exercised only “while the General Assembly is not in session,” according to the state Constitution.

According to Republican House Speaker William J. Howell, the House is in recess, but still in session.

If Gov. McAuliffe cannot extend Justice Roush’s term, it would be another win for Speaker Howell, who mustered legislative troops last year to block the governor’s effort to expand Medicaid to 400,000 Virginia adults who lack health insurance.

After it became clear the House and Senate would not agree on a redistricting fix during the special session, the Senate voted to adjourn largely along party lines and left town.

The upshot: Gov. McAuliffe has notified the federal court of the legislature’s failure to redraw the district map and left it to the court to create new legal boundaries. The court has announced that is it is proceeding to do just that for the district that Rep. Robert C. “Bobby” Scott, Virginia’s lone black congressman and dean of the state’s delegation to Washington, represents.

Along with the redistricting, the vacancy on the state Supreme Court also was on the special session’s agenda. Justice Roush, the Democratic choice, could not even get an interview in the House and Senate Courts of Justice committees.

While Justice Roush could not win approval, neither could the Republican’s choice, Judge Rossie D. Alston Jr. of the intermediate Court of Appeals, an African-American. He won a majority in the House, but did not in the Senate and so remains in his current job on the appeals court.

Despite the failure to redistrict or fill the Supreme Court vacancy, the legislature was not required to formally close the session. Gov. McAuliffe can call a special session, but only the legislature can adjourn it, according to state law.

House Clerk G. Paul Nardo said the House regards the Senate’s action to adjourn as illegal because the Senate “did not seek the concurrence of the House of Delegates (to adjourn) pursuant to Article IV, Section 6 of the Virginia Constitution.”

Mr. Nardo noted that the state Constitution does not set any time limit on special sessions, unlike regular sessions, which are limited to a maximum number of days, usually 60 days in even-number years and 46 days in odd-number years.

In 2014, the House and Senate remained in special session rather than adjourn after completing work on the budget and debating Medicaid expansion.

Mr. Nardo stated that the 2014 Special Session I was adjourned “just minutes before the start of the 2015 regular session” at noon Jan. 14.

The next most recent example of the House staying in special session “was in 2011,” he continued, “and according to legislative records, other instances were in 2001, in 1991 and in 1981.”