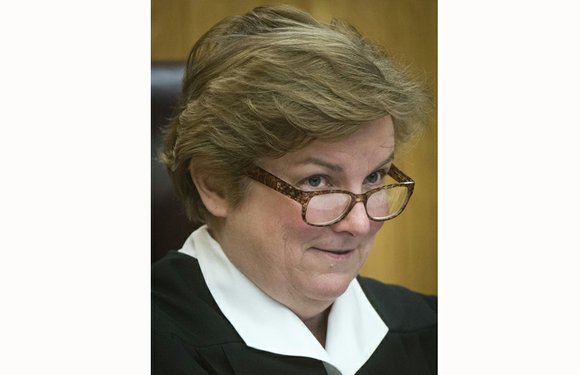 That question now hangs over the latest addition to the Virginia Supreme Court.

No, say Republican leaders of the General Assembly, who argue the governor’s action to keep Justice Roush on the bench violates the state Constitution.

The governor is likely to win this one. The Republican legislators cannot sue, legal experts say, because they have suffered no harm and because they would have to go to the same seven-member court they claim is illegally constituted because of Justice Roush’s membership.

Caught in the middle is the former Fairfax County Circuit Court judge.

The governor originally appointed Justice Roush to the state’s highest court in late July when the legislature was not in session. However, that appointment expired Wednesday because the General Assembly did not elect her to a 12-year term during its Aug. 17 special session.

On Wednesday, the governor reappointed her to serve until the next session of the General Assembly. Unless she wins election at that point, her term would expire 30 days after the session begins in mid-January, a likely scenario.

House Speaker William J. Howell, R-Stafford, and Senate Majority Leader Thomas K. Norment, R-James City County, claim the legislature is only in recess, and noted that the governor’s reappointment of Justice Roush could “call into question any decisions the court may issue (in which Justice Roush participates) between now and when a new justice is lawfully elected by the General Assembly.”

Surprisingly, the governor bypassed Attorney General Mark Herring, officially the state’s top lawyer, and instead is relying on an opinion from Carlos L. Hopkins, legal counsel to the governor.

Based on that opinion, “I have concluded the General Assembly is not in session,” the governor stated. Thus, Gov. McAuliffe said he can make temporary appointments to fill “critical positions … to fulfill my ultimate responsibility to ‘take care that the laws be faithfully executed.’ ”

Gov. McAuliffe noted that the purpose of the August special legislative session, to redraw congressional district boundaries, “has lapsed, and the lack of any continuous or pending business has the effect of adjourning the special session. … The members of both bodies (have) left the Capitol and have not returned. … These actions collectively extinguish any claim by the Republican leadership that they remain in session.”