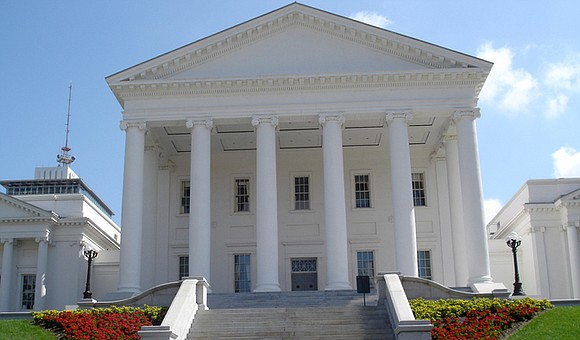 Virginia’s 2019 legislative session kicked off Wednesday, with lawmakers set to debate tax policy, gambling and a host of other issues.

This session is only 45 days (sessions during even years are 60 days) and occurs in a year when all 140 legislative seats will be up for election.

Republicans currently have a razor-thin margin in both chambers and have seen suburban voters flee the GOP in recent elections in large part because of voter unhappiness with President Trump.

House Republican leaders have signaled their intent to focus on kitchen-table issues such as lowering taxes and improving school safety.

Here’s a look at some major issues that will be debated in the session:

Taxes will be at the top of this year’s agenda.

A 2017 federal tax overhaul that limits how businesses can account for losses and what kind of deductions individuals can take is set to provide a multibillion-dollar windfall in state taxes. Republicans want to give most of that money back to taxpayers, while Gov. Northam wants to use the money on school construction, boosting reserves and extending tax breaks to families making less than about $50,000 a year.

Complicating the issue is whether the state tax code should match the federal tax law’s new definitions of income.

Traditionally, lawmakers pass the so-called “conformity” legislation every year with little fuss. But Republicans have indicated they are unwilling to separate the issue from their push to lower tax burdens. Republicans want to allow taxpayers to itemize their state taxes even if they take the federal standard deduction — which is currently not allowed — and increase the amount of the state’s standard deduction.

If no deal on conformity is reached within the early part of the session, officials warn, filing state tax returns this year will be significantly more complicated and labor intensive.

Lawmakers also will take up the state budget, which will include extra money to spend thanks to a stronger-than-expected economy and other factors. Gov. Northam has proposed using that money for teacher raises, increased financial aid for university students and boosting legal aid for people facing evictions.

Gambling interests in Virginia have gone on a lobbying hiring spree ahead of this year’s session as lawmakers are set to debate the issue in earnest.

The 2017 retirement of Republican Speaker Bill Howell, an ardent gambling foe, has opened the door to talks about Virginia legalizing casinos. Local officials in Danville, Bristol and Portsmouth are all pushing for casinos, as are deep-pocketed developers.

Virginia is also one of many states considering whether to legalize sports gambling after a U.S. Supreme Court decision opened the door for states other than Nevada to get in the game.

Gov. Northam has proposed a study of gambling issues, which would put the issue off until next year. It’s unclear if the General Assembly is willing to wait.

A mass shooting at a Florida high school prompted lawmakers to study ways to improve school safety in Virginia, and several bills on the topic will be debated this session. Democrats have criticized Republicans for not including increased gun control as part of their recommendations.

Gun laws are a perennial issue in Virginia and there will be debate on both gun control and gun rights bills. But with Republicans controlling the General Assembly and Democratic Gov. Northam in the Executive Mansion, those bills have a much greater chance of being featured in future campaign ads than becoming law.