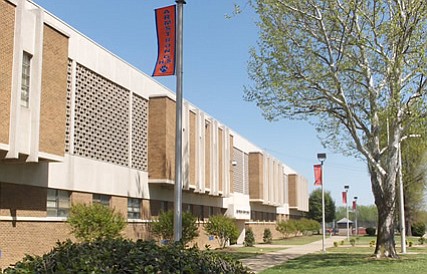 In a draft plan presented Tuesday evening to the Richmond School Board, Mr. Kamras presented a $300 million operating budget for Richmond Public Schools for 2019-2020 that would have a $12 million deficit if the city’s appropriation for schools remains at its current level.

By cutting $13 million from the central office staff, and saving another $1 million by not hiring replacements for vacant positions, he said the schools would be held harmless, with the cuts not affecting RPS’ core mission of teaching.

“We want the public to have faith in what we are doing as we demonstrate our good stewardship of our money, advocate for more and work more efficiently,” Mr. Kamras said.

In addition to savings through reductions of central office personnel, Mr. Kamras said savings can accrue with technology upgrades.

The deficit, he explained, would reach $14 million with the $2 million required for a teacher step raise. That raise would not be touched, he said.

Mr. Kamras said his presentation was an effort to have “the board weigh in on the budget process, the general direction and give feedback to help navigate the process.”

The School Board’s first budget work session is scheduled for Thursday, Jan. 24, with a public hearing on the budget set for Monday, Feb. 4. The time and place have not been announced.

Mr. Kamras’ plan is designed to put the district’s financial house in order, as well as establish the foundation for requesting more dollars from the city to make the Dreams4RPS five-year strategic plan a reality.

The city provided $169 million to the schools last year, compared with $158.9 million the previous year. Meanwhile, allocations from the state, which make up nearly half of the RPS budget, are down 9 percent since 2008-09.

Educators across the state are slated to march on the State Capitol on Monday, Jan. 28, to call on state lawmakers to provide more funding for education, including a proposed 5 percent pay hike for Virginia teachers announced by Gov. Ralph S. Northam.

Mr. Kamras did not offer any specifics on what or how many central office jobs would be cut under his plan. The superintendent, who is approaching his first anniversary with RPS, came under fire last year when he hired a core leadership team, each with an annual salary of about $180,000, which was higher than such positions paid in the past.

Following Richmond City Council’s approval of a 1.5 percent city meals tax that went into effect in July, and which is expected to generate $150 million to help support new schools construction, Mr. Kamras floated the idea of raising the city’s real estate by 10 percent to bring in additional money for schools. The idea has gone nowhere.

His proposed $13 million cut from central office is the first reduction Mr. Kamras has offered, and it appears to have the backing of the School Board.

“I am in favor of investing more in the classroom as we appropriate those dollars in that effort,” Mr. Young said.

At Tuesday’s meeting, the board made it clear that it wants to take a hard look at systemwide education support programs, central office technology and positions RPS presently has to ensure responsible, effective and compassionate decision-making.

“We are looking at some pretty significant cuts with this budget, and we have to dig into those efficiencies, especially looking at technology,” said board member James “Scott” Barlow, 2nd District. “If we do have to make significant cuts in regards to staff members, we need to do what we can to help with those transitions.”

“There has to be a change. A change has to come now,” she said.