Two Richmond residents with extensive experience in development have been named to lead an advisory commission to review the $1.4 billion proposal to replace the Richmond Coliseum.

City Council voted to appoint Pierce R. Homer, a former state secretary of transportation for two Virginia governors with a track record of involvement in public and private development projects, and John Gerner, a leisure industry consultant who has worked on international projects, to lead the future nine-member Navy Hill Development Advisory Commission. 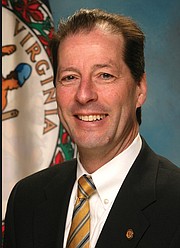 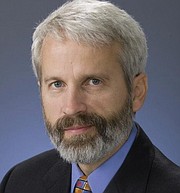 Mr. Homer and Mr. Gerner, who were not present for the vote, still need to be sworn in to begin their work. Once sworn in, the two would then nominate and send for approval to the council the names of the seven other people to serve on the review panel.

After being seated, the commission would have 90 days to review a new Coliseum proposal after it is submitted to the governing body, though when that is to happen is anyone’s guess.

The council, which usually recesses in August, has scheduled a brief special meeting for Monday, Aug. 5, to allow for introduction of papers. The agenda has not been released, but, at this point, there is no indication that the meeting has been called to allow the mayor to present ordinances on the project.

City Chief Administrative Officer Selena Cuffee-Glenn told the council the massive proposal that Dominion Energy’s chief executive, Thomas F. Farrell II, is pushing remains in negotiations. She said the proposal would not be presented to the council until Mayor Levar M. Stoney is convinced the deal would be “in the best interests of the city.”

Councilwoman Kim B. Gray, 2nd District, noted when she and 8th District Councilwoman Reva Trammell first introduced the commission proposal last November, the main argument against it was that it could delay a quick start to the Coliseum development that supposedly was on a fast track.

Ms. Gray is enthused about the first two appointments to the commission.

“My colleagues deserve praise for selecting two people who have been involved with various projects of similar size and scope, have no known ties to the proposed developers or the development, have not publicly expressed an opinion about the proposal and are willing to delve into the details and provide us with the insight we would need to make an informed decision,” Ms. Gray told the Free Press after the meeting.

Ms. Gray added that she has every expectation that Mr. Homer and Mr. Gerner will select panel members who are “equally independent, knowledgeable and capable of undertaking an objective review.”