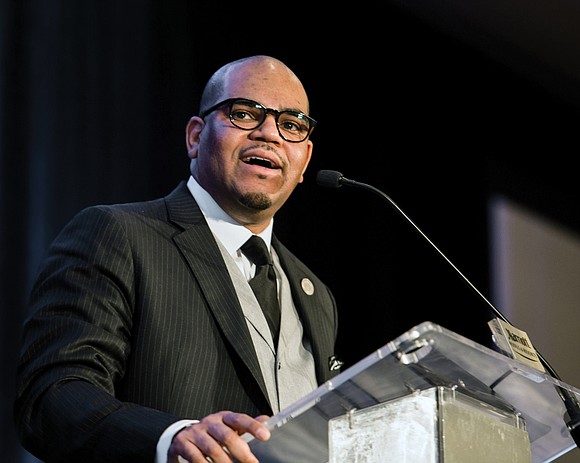 The final seven members of a City Council commission to review the $1.5 billion Coliseum replacement proposal have been seated — starting a 90-day clock for them to review the plan.

A divided governing body voted 5-4 Monday night to include Virginia Union University President Hakim J. Lucas on the commission, handing a victory to Mayor Levar M. Stoney and other supporters of the project.

Dr. Lucas is a publicly declared advocate of the Downtown project, despite City Council’s initial desire to empanel an impartial commission.

Dr. Lucas signed his name to an opinion piece published in December in Richmond’s daily newspaper praising the massive development plan that calls for private development of apartments, offices and retail shops near City Hall to accompany construction of a new, larger $225 million Coliseum for which taxpayers would foot the bill.

Before the vote, Dr. Lucas sent a letter to City Council members, assuring them he could put aside his bias and fairly review the project with the other members of the commission.

The vote for Dr. Lucas and the other new members came on a night when the council also essentially granted the administration permission to again use the Annie Giles Community Resource Center across from the Richmond Justice Center as the cold-weather overflow shelter for the homeless. But the council moved to limit the use of the Giles Center as a homeless center only for the coming winter and to block the mayor’s request to make it permanent.

He argued that the three African-Americans previously proposed for the commission were not enough and supported Dr. Lucas.

Councilman Chris A. Hilbert, 3rd District, cast the decisive vote for Dr. Lucas, who holds a MBA and has spent much of his career raising money for the colleges and universities where he has worked.

Mr. Hilbert said that VUU too often is excluded from participating in city decisions. He said Dr. Lucas’ appointment would cure that, although there is no document or other evidence in the proposal indicating that VUU would benefit from the redevelopment project.

That claim was quickly undermined by council’s decision to include on the commission Dr. Corey D. B. Booker, the former dean of VUU’s seminary who currently is a professor at the University of Richmond.

Seating Dr. Lucas required the removal of Richard Crom, a program and management analyst for the Internal Revenue Service, from the original proposed slate.