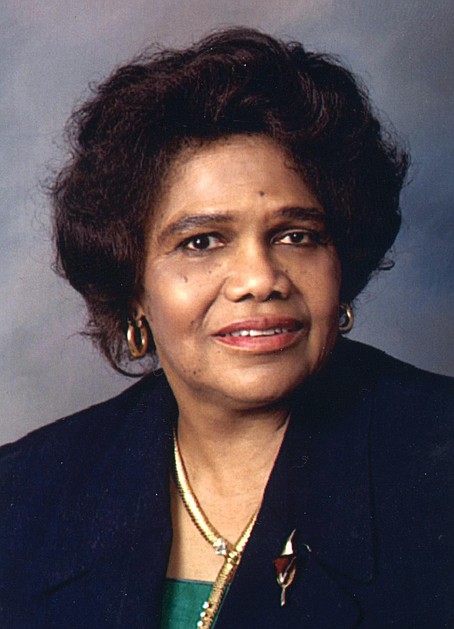 Dr. Edith Irby Jones, one of the first African-American students to enroll at an all-white medical school in the South and later the first female president of the National Medical Association, has died.

The University of Arkansas for Medical Sciences, which Dr. Jones integrated in 1948, also announced her death in a post on its website Tuesday.

In addition to being the first black student at UAMS, Dr. Jones also was the first black female resident at Baylor College of Medicine in Houston after receiving her medical degree from Arkansas in 1952.

Dr. Jones was born on Dec. 23, 1927, in Mayflower, Ark., to Robert and Mattie Jones, a sharecropper and a domestic worker. In a transcribed interview with the University of Houston Center for Public History, Dr. Jones said that after her older sister died in the 1930s from typhoid fever, Dr. Jones decided to pursue medicine.

She enrolled in Knoxville College at 16 and graduated in 1948. After scoring exceptionally well on aptitude tests, she was accepted to multiple medical schools. She chose the University of Arkansas’ medical school, Ms. Romain said, because tuition was low and because it was close to her mother. The decision wasn’t out of a desire to integrate a previously all-white institution, her daughter said.

“I was so proud. I was so proud that I was in medical school that absolutely nothing else mattered,” Dr. Jones said in the interview with the University of Houston.

According to UAMS, the school’s board of trustees voted to increase the class size by one that year so no one could claim Dr. Jones had taken a spot from a white applicant.

In 1950, she married Dr. James B. Jones, a psychology professor at a nearby university; they were together until his death in 1989. The couple had three children, Gary, Myra and Keith.

Dr. Jones established medical practices in Hot Springs, Ark., and Houston and completed her residency at Baylor, where she also later taught. In 1985, Dr. Jones was elected the first female president of the National Medical Association, a medical organization representing African-American doctors and their patients. She was also a founding member of the Association of Black Cardiologists.

In Arkansas, Dr. Jones was also a prominent activist as a member of the “Freedom Four,” encouraging people to join the Civil Rights Movement. Ms. Romain said her parents encouraged and often paid for students’ tuition at Knoxville College, Dr. Jones’ alma mater and a historically black liberal arts college.

In the 1990s, Dr. Jones sponsored and co-founded a clinic in Haiti. When her mother would travel to the island, Ms. Romain remembered, she’d bring pharmaceutical samples and other important drugs in large suitcases, sneaking them into the country past customs.

In 1988, Dr. Jones lost one of her eyes after developing glaucoma. Ms. Romain said she continued working using a prosthetic, a solution that worked until she began losing her eyesight in her remaining eye.

Ms. Romain said her mother practiced and taught medicine until she reluctantly retired in 2013, telling her daughter, “All I’ve ever wanted to do was practice medicine.”

A funeral will be held Saturday, July 27, at Antioch Missionary Baptist Church in Houston.