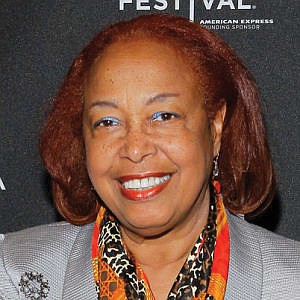 Dr. Patricia Bath, a pioneering ophthalmologist who became the first African-American female doctor to receive a medical patent after she invented a more precise treatment of cataracts, has died. She was 76.

Dr. Bath was born in Harlem in New York. Her mother was a domestic worker and her father worked on the city subway system. Dr. Bath won a National Science Foundation scholarship while a teenager. She graduated from the Howard University College of Medicine and interned in New York.

Dr. Bath moved to California, where she became the first African-American surgeon at the University of California Los Angeles Medical Center and the first woman ophthalmologist on the faculty of UCLA’s Jules Stein Eye Institute. She also co-founded an ophthalmology residency program and in 1983, Dr. Bath was appointed chair of the King-Drew-UCLA Ophthalmology Residency Program, becoming the first woman in the United States to head such a program.

“I had a few obstacles but I had to shake it off,” Dr. Bath told ABC’s “Good Morning America” last year. “Hater-ation, segregation, racism. That’s the noise you have to ignore and keep your eyes focused on the prize. It’s just like Dr. Martin Luther King said, so that’s what I did.”

Dr. Bath was concerned by epidemic levels of blindness from preventable causes among underserved, often minority communities in the United States and also in poor countries overseas. In the 1970s, she co-founded the American Institute for the Prevention of Blindness, a nonprofit that declares “eyesight is a basic human right.”

Her daughter remembered being taken along on her mother’s missions to Nigeria and Pakistan.

“I remember taking time off from fifth grade to do so,” she said.

In the 1980s, Dr. Bath joined in researching the use of lasers in ophthalmology. In 1988, she patented the Laserphaco Probe, short for “laser photoablative cataract surgery.” It uses a laser to dissolve cataracts. The device offered less painful cataract treatment and restored the sight of patients who had been blind for decades.

But her daughter remembered her as unassuming.

“She wore sneakers and jeans ... she was casual and not pretentious,” Dr. Eraka Bath said. “She came from humble roots.”

Even so, she stood out in a field where there still are relatively few African-Americans or women. “So even if you’re not seeking to be a role model, you are one,” her daughter said.

Dr. Bath retired from UCLA in 1993, but continued to lecture and travel worldwide. She also had plans to mentor medical students and get younger people interested in science and technology.

“She almost had a second career as a humanitarian,” her daughter said. “She just was very vigorous and tireless.”

In addition to her daughter, Dr. Bath is survived by a granddaughter, Noa Raphaelle Bath Fortuit of Los Angeles, and a brother, Rupert Bath of New York.