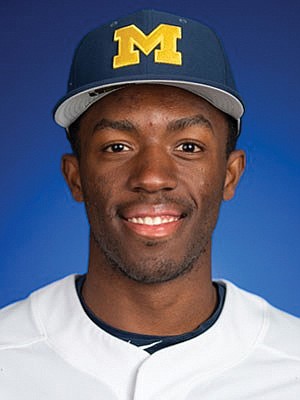 Christan Bullock is a prime example of the talent participating in the Metropolitan Junior Baseball League games.

Bullock, currently a left fielder for the College Baseball World Series finalist University of Michigan, starred in the 2014 MJBL Inner City Classic in Richmond. He was representing a Chicago-based team at the time.

With the intent of introducing inner-city athletes to the game, the MJBL Inner City Classic will return to Richmond this summer, July 30 through Aug. 4, at various diamonds around town.

Meanwhile, Bullock provides Richmonders with a rooting interest in the College World Series in Omaha, Neb. Wearing jersey No. 5, Bullock is hitting .280 this season for the Wolverines, with 13 stolen bases in 15 tries.