Why Trump hearings are important by Rep. Frederica S. Wilson

Millions of Americans who have not had the time or a de- sire to read the more than 2,000 pages of testimony from the confidential briefings released by the House Intelligence Committee are finally getting to see what the fuss has been all about.

So, what is it all about, why the initial closed-door depositions and why should you care? 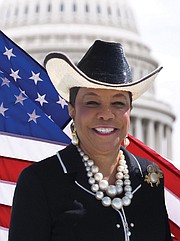 President Trump is being accused of urging Ukraine President Volodymyr Zelensky in a telephone conversation to investigate alleged corruption by former Vice President Joe Biden and his son, Hunter, and to also look into debunked conspiracy theories that Ukraine interfered with the 2016 presidential election, both for President Trump’s own political benefit. To gain leverage against President Zelensky, President Trump for a time withheld a $391 million aid package to push the foreign leader to do his bidding.

This gross abuse of power, which put at risk Ukrainian lives and our own national security, was first brought to light by a whistleblower whose initial allegations have since been corroborated by an unimpeachable group of high-level U.S. State Department officials who have devoted their careers to public service and American democracy. More important, they have first-hand knowledge of the shakedown.

This next phase comes after weeks of false accusations by GOP lawmakers that they were being squeezed out of a fact- finding process that they also claimed lacked transparency. The witnesses’ initial testimo- nies were delivered in a secure, confidential setting to prevent them from comparing notes and to preserve the integrity of their depositions.

Now the public has an opportunity to hear from them directly and make their own decisions about their credibility.

Republicans have for weeks complained about the process, but have had little to say about the actual substance of the inquiry because of unassailable facts.

• Fact one: President Trump asked a foreign government to dig up dirt on the Bidens, who are American citizens, in exchange for money that Congress had appropriated for Ukraine to defend itself against Russia.

• Fact two: President Trump admitted on national television that he and President Zelensky had discussed the Bidens.

• Fact three: During a White House briefing, President Trump’s acting chief of staff, Mick Mulvaney, acknowledged on national television that the aid had been withheld in part until Ukraine investigated the theory that Ukraine, not Russia, hacked the Democratic Party emails in 2016. “And that is absolutely appropriate,” Mr. Mulvaney said.

Don’t believe the hype from Mr. Mulvaney and others. It is not only not appropriate; it’s extortion.

Like every member of Congress, President Trump has taken an oath to preserve, protect and defend the U.S. Constitution. Yet since day one in office, he has broken that promise. He has, in fact, made more than 13,000 false or misleading claims — from the mundane, such as the size of his inauguration day crowd, to the insane, like the one about former President Obama initiating the policy of separating children from their families at the border. He has even lied about me.