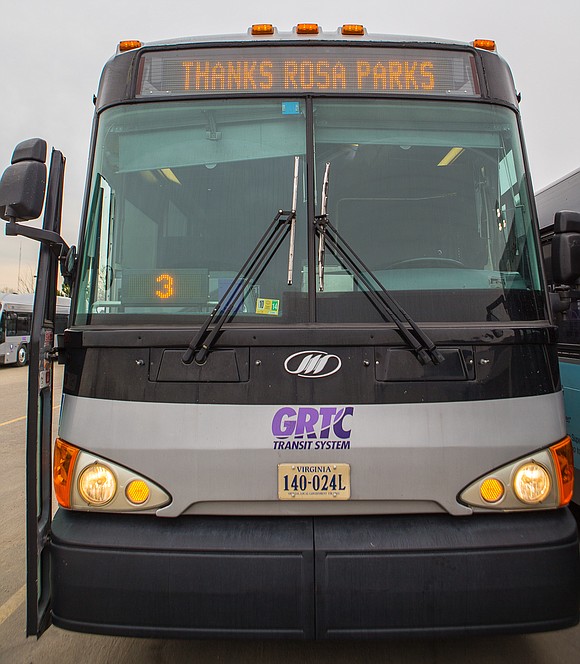 On Sunday, Dec. 1, the first passenger seat in every GRTC bus once again will be reserved in honor of the late civil rights icon Rosa Parks, it has been announced.

The annual tribute recalls Ms. Parks’ arrest 64 years ago for refusing to give up her seat to a white man on a public bus in Montgomery, Ala., in violation of local racial segregation laws.

Her defiance on Dec. 1, 1955, would lead to boycotts, protests and a powerful movement that ultimately would end government-imposed racial discrimination in all aspects of American life, ranging from public transportation, access to hotels, restaurants and stores, housing, employment and voting and interracial marriage.

Along with reserving the first seat, GRTC also announced that bus drivers would kept their headlights on to represent her shining example, while the electronic signs on the buses will bear a tribute message.