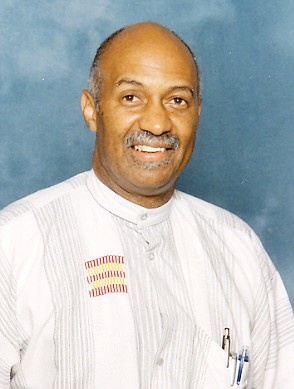 As pastor of Wesley Memorial United Methodist Church, the Rev. Rodney Hunter weekly hears stories of financial distress from members and non-members who seek help from his church.

Many who come to the East End church, he said, have sought relief by taking out loans with sky-high interest rates that make their financial situation worse as they are unable to pay off the loan.

Fed up with the damage to families that he sees such loans causing, the minister is leading a charge to address the problem through a new group he has helped organize, Virginia Faith Leaders for Fair Lending.

Under the group’s banner, Rev. Hunter is holding “preach-ins” in Richmond and other communities in front of payday and vehicle title lender businesses.

The preach-ins, he said, are to raise attention to state policies and company practices that allow interest rates of more than 200 percent, which prevent people from paying off the money they borrowed. He is supported by other faith leaders who have become members of the group.

The first preach-in was held last Friday in front of the Advance America loan office on Williamsburg Road in Henrico County. Joining him to protest and call for change were Rabbi Gary S. Creditor, retired spiritual leader of Temple Beth-El in Richmond’s West End, and Imam Michael Abdul Hakim, teacher and leader of Masjid Bilal in Church Hill, and other advocates of overhauling such loans.

The clergy members called for bold action from the Virginia General Assembly in 2020 to fix the abusive practices in the payday and title lending markets to save hard-working families millions of dollars each year.

“Judaism, Christianity and Islam all condemn the practice of usury,” he continued. “As people of faith and conscience, we cannot look the other way while these companies enrich themselves by trapping our fellow citizens — our family members, neighbors and fellow congregants — in a hopeless cycle of debt.”

According to the Virginia Poverty Law Center, the Commonwealth has become the “East Coast capital of predatory lending. Virginia has among the weakest consumer protections for payday and vehicle title loans. Hundreds of thousands of people every year are being trapped in debt,” the center noted.

James W. “Jay” Speer, executive director of the VPLC, said the center is preparing for a new push for reform based on legal and policy changes in Ohio and Colorado.

Acknowledging that legislators are unwilling to ban the loans, Mr. Speer said the proposal would call for capping the interest on payday and title loans at 36 percent — the typical limit on consumer loans —but also would allow such lenders to charge monthly fees.

However, he said the proposal also would call for imposing a limit on the total that such companies could charge to no more than 50 percent of the amount borrowed. For example, a borrower of $1,000 could be charged no more than $500 in interest and fees.

The proposal also would call for giving consumers up to four months to repay the loan and would require the companies to ac- cept installment payments rather than forcing a borrower to make a lump sum repayment or renew the loan, Mr. Speer said.

“We hope to close all loopholes and create a marketplace that is fair to borrowers and lenders,” he said. “It has been done in other states and it can be done here.”

He noted that Advance America and other lenders that oppose reform in Virginia are still making loans in Ohio and Colorado despite the new limits there.