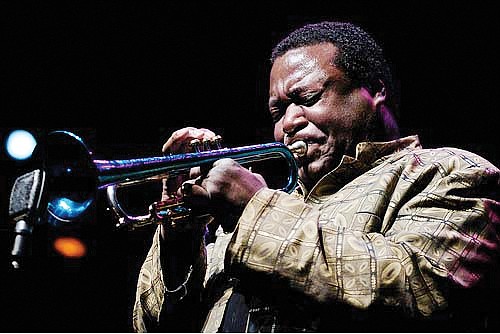 Award-winning jazz trumpeter Wallace Roney, who studied under and collaborated with the Miles Davis, Art Blakey and other jazz greats during his 40-year career, died Tuesday, March 31, 2020, of complications from COVID-19.

Born on May 25, 1960, in Philadelphia, Mr. Roney began playing the trumpet at age 5. By 12, he was part of the Philadelphia Brass, a classical brass quintet, where he studied under Clark Terry.

Music was his passion. He attended high school in Washington at the Duke Ellington School of the Arts and later studied at Howard University and the Berklee College of Music in Boston.

He became one of Art Blakey’s Jazz Messengers, succeeding Terence Blanchard in a trumpet chair once occupied by Wynton Marsalis. He recorded several albums with drummer Tony Wil- liams for Blue Note in the mid-1980s to early 1990s.

Mr. Roney also performed with Miles Davis, most famously at the 1991 Montreux Jazz Festival. The experience was immortalized in the documentary, “Miles Davis: Birth of the Cool.”

He won a Grammy Award in 1994 for “A Tribute to Miles,” which was recorded with Mr. Williams and other surviving members of the Miles Davis Quintet.

He collaborated with many other artists throughout his career, including Chick Corea, Pharoah Sanders, Ornette Coleman and pianist Geri Allen, whom he married in 1995. The couple later divorced.

He recorded more than 20 albums as a band leader. The latest, “Blue Dawn-Blue Nights,” was released last year.