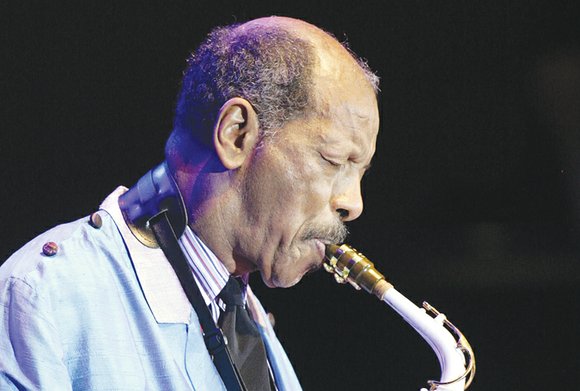 Ornette Coleman, a self-taught alto saxophone player who polarized the jazz world with his unconventional “free jazz” before coming to be regarded as an avant garde genius, died Thursday, June 11, 2015, in New York, according to his publicist. He was 85.

Ken Weinstein confirmed the death but said he would not be issuing any further information. Media reports said the cause of death was cardiac arrest.

Mr. Coleman’s motto for his music, often uttered before starting his performances, was “I’d like to go out in space tonight.” He then would launch into music that broke the limits of conventional bars, keys, chord changes and harmony.

Mr. Coleman so divided jazz musicians, critics and fans that, in his early years, some musicians at jam sessions would leave the stage during his solos.

His fans labeled him the greatest jazz innovator since Louis Armstrong and Charlie Parker.

But he also was called crude and self-indulgent by skeptics, although many of them reversed their opinions over the years.

“I listened to Coleman high and I listened to him cold sober,” trumpet player Roy Eldridge once told a jazz writer. “I even played with him. I think he’s jiving, baby.”

Mr. Coleman’s outlaw approach involved what he called “harmolodics” — breaking away from traditional harmonic structure and “removing the caste system from music.”

In 2007, he was given a Grammy Lifetime Achievement Award and was an award presenter at the ceremony. He also won a Pulitzer Prize for Music, as well as a Grammy nomination, for the 2007 album “Sound Grammar.” He released “New Vocabulary” in 2014.

“I wasn’t so interested in being paid. I wanted to be heard,” Mr. Coleman said in a 2009 interview with Esquire magazine. “That’s why I’m broke.”

Born in a poor, black neighborhood of Fort Worth, Texas, Mr. Coleman said he grew up “so po’ we couldn’t afford the ‘o’ and the ‘r.’” At 14, he bought a cheap alto saxophone and mimicked radio melodies. He began playing in honky tonks and, at 19, traveled the South playing blues with a minstrel show.

He made his way to Los Angeles, where he began perfecting his free-form style. Mr. Coleman was inspired by the inventive bebop jazz performers of the time and also wove honky tonk, blues and dance music into his unconventional harmonies.

“I didn’t know I was improvising,” Mr. Coleman said. “I just thought that was the way you played music ... I didn’t think of a structure and what you could and couldn’t do.”

In 1958, Contemporary Records bought some of Mr. Coleman’s compositions but studio musicians could not play them. Mr. Coleman was hired to record them, leading to.his first album, “Something Else!”

He first played in New York a year later at the Five Spot nightclub. Composer Leonard Bernstein and John Lewis, founder of the Modern Jazz Quartet, were among his supporters.

Mr. Coleman studied various musical forms and in 1972 released a symphony called “Skies of America.” Another work was a 1977 album called “Dancing in Your Head” that featured a jam session recorded in Morocco with tribal musicians.

In the 1970s, he began working with electric guitarists and formed the band Prime Time, which incorporated rock-funk sounds.

Mr. Coleman married poet Jayne Cortez in 1954. They divorced 10 years later. Their son, Denardo, was a drummer who began performing with his father at age 10 and managed his career in the 1980s.