NSU basketball opens on a roll 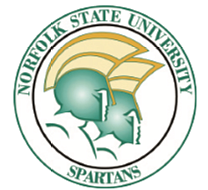 If Norfolk State University can play as well at home as it has away, the Spartans are looking at a banner season. 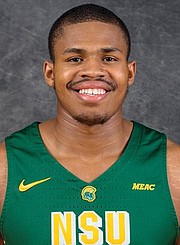 Next came Kashaun Hicks, a senior from Harlem, at 12.5 points; Daryl Anderson, a sophomore from Midlothian, at 10.5 points; and J.J. Matthews of Richmond at 10 points. Matthews leads with an average of seven rebounds and three blocked shots.

The 6-foot-9, 250-pound Matthews played high school hoops at Millwood School in Chesterfield and transferred to NSU as a senior from Arkansas State University.

Hampton University opened Tuesday, Dec. 1, with a road win, 82-78, over George Washington University. The game scheduled for Thursday, Dec. 3 at the College of William & Mary has been canceled.