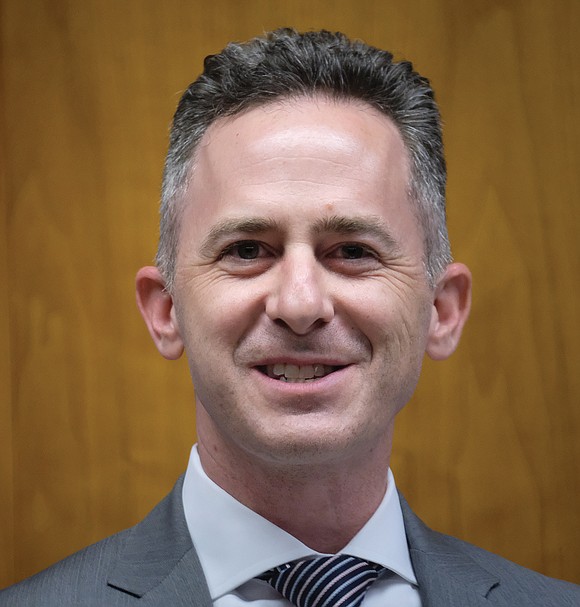 Tear up that bill.

That’s what Mayor Levar M. Stoney told the Richmond School Board to do with a $3.32 million bill for unpaid stormwater fees that had accumulated over 10 years.

The mayor said the city Department of Public Utilities has been instructed to write off the fees, penalties and interest that have accumulated since 2009 when the department began charging such fees to all property owners in a bid to meet a federal mandate to control the flow of potentially polluting rainwater into waterways.

The mayor announced the action Feb. 6 as he met with members of the School Board and City Council for the quarterly Educational Compact meeting.

The action provided a relief to the School Board and school administration, which were mulling how to make the payment.

The board and successive school administrations have ignored DPU’s stormwater bills that are sent to all property owners, including the city, state and federal governments, churches, businesses and homeowners.

After arriving in Richmond two years ago, schools Superintendent Jason Kamras was informed about the district’s unpaid stormwater fees and brought the oversized bill to the board’s attention in September 2018, board members said.

The superintendent, though, has continued to ignore the bills. He did not propose any funding to pay the overdue amount in the current budget approved in June 2019, nor has he proposed any payment in the proposed budget for the 2020-21 fiscal year that the board is now reviewing.

Before the announcement, DPU had offered to waive the $900,000 in interest on the unpaid bills and to set up a payment plan that would have allowed Richmond Public Schools to pay $348,000 each year through 2027.

The write-off announced by Mayor Stoney deals with the unpaid bill. It is unclear whether the School Board might have to include funding for the ongoing annual fees.

School Board member Jonathan Young, 4th District, has proposed a “Go Green Initiative” that would involve RPS working to reduce or eliminate storm runoff from its campuses.

He has called for planting 1,000 more trees on school campuses, constructing wetlands and other rain controls, installing roof gardens at school buildings and taking other steps to better control water, improve energy usage and promote exercise and student walking and biking to schools.

None of the ideas were incorporated into Mr. Kamras’ budget plan for the 2020-21 school year that was introduced last month. The board is to vote on amendments and submit the preliminary budget plan by Monday, Feb. 24, to Mr. Kamras for submission to the mayor.

The School Board’s final budget is expected to be voted on in early June after City Council approves its final budget.