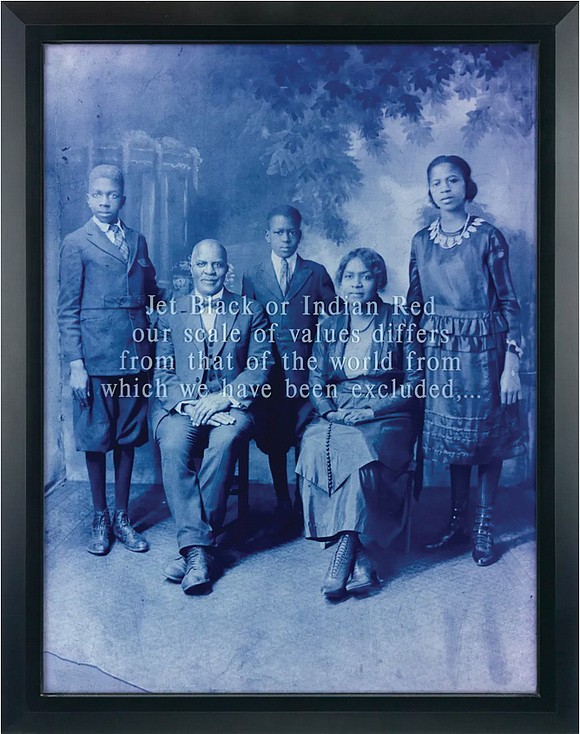 One of a series of seven panels produced by Carrie Mae Weems. The collection of framed chromogenic prints, which have text sandblasted into the glass, are estimated to sell for $100,000 to $150,000. Courtesy of Swann Auction Galleries

Bankrupt Johnson Publishing Co., the former owner of Ebony and JET magazines, will sell off art that once decorated the company’s Chicago headquarters.

Among the art to be auctioned Jan. 30 at a New York gallery will be paintings, sculptures and other works from 75 African-American artists.

Among the pieces is an installation by Carrie Mae Weems of seven framed photographs with etched glass that chronicles the migration from the South of thousands of African-Americans seeking to escape Jim Crow laws and anti-black violence.

Johnson Publishing filed for Chapter 7 bankruptcy protection in April citing debts and unsuccessful attempts to restructure or sell the company.

In a July bankruptcy auction, Johnson Publishing sold its Ebony photo archives to a consortium of foundations for $30 million. Its Fashion Fair Cosmetics business was sold in December for $1.85 million.

In 2016, Ebony and JET were sold to Clear View Group, a Texas equity firm.