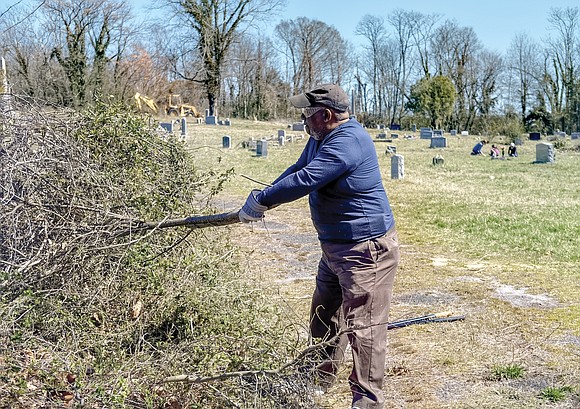 The Evergreen Restoration Foundation has raised the $50,000 needed to purchase Woodland Cemetery, a historic African-American cemetery in Henrico County that is the burial ground of Arthur Ashe Jr., the Richmond-born tennis great and humanitarian.

Marvin Harris, founder, president and chief executive officer of the foundation, announced Tuesday that the nonprofit has the money to buy from the Entzminger family the 30-acre property at 2300 Magnolia Road on the border with the city.

In late May, the Free Press reported on Mr. Harris’ launch of the foundation’s campaign to buy the property, one of at least five historic African-American cemeteries in the Richmond area that are receiving fresh recognition and attention.

Mr. Harris said the Ashe family and Dr. William Ferguson Reid, a retired physician and the first African-American member of the House of Delegates since Reconstruction, are among the donors who have made it possible. He said others also have committed, but he said he could not release details at this time.

He said the family-owned UK Corp. has extended the deadline for the foundation to buy the property until Friday, July 17, when the closing is to take place. The initial deadline was June 30.

“I’m not yet ready to celebrate,” Mr. Harris said. “I’ll do that when all the money is in the bank and the deed is in the name of the foundation. That’s also when the hard work will begin of raising additional funds to restore and maintain this burial ground where so many of the people who built our community are buried.”

Woodland Cemetery dates to 1916, when a group led by banker and newspaper editor John Mitchell Jr. bought the land and started the private cemetery. The cemetery has been in decline in recent decades. The deterioration has accelerated since Isaiah Entzminger, owner of UK Corp., can no longer tend the property.

Volunteers, including Dr. John Slavin, have made an effort to prevent weeds, trees and other natural growth from taking over. Mr. Harris welcomes the volunteer effort, but said he plans to eventually hire staff to manage the grounds after the purchase is complete.