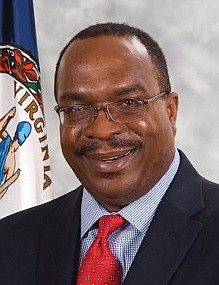 Financially troubled Virginia State University appears to be on track to fill a $26 million hole in the 2020-21 budget, although at least half of the solution appears to be temporary patches that will last only one year.

Kevin Davenport, VSU’s vice president of finance, out- lined a series of steps the university is taking to balance its new budget that went into effect Wednesday. The steps eliminate the potential deficit without tapping a $23 million reserve fund that mostly backs up university debt on previous building development or provides bridge loans for new construction.

Topping the list of deficit-reducing steps, the university has increased by 34 percent the number of students allowed to live on campus and attend classes when the fall semester begins around Aug. 17, Mr. Davenport said.

Two weeks ago, he and other administrators indicated that only 1,740 students would be housed on the Ettrick campus, primarily in single rooms.

But Mr. Davenport told the Facilities, Finance and Audit Committee on which VSU President Makola M. Abdullah sits that the VSU health staff and the administration now believe that 2,350 students — an increase of 610— could be housed safely on campus.

Some students would be in double rooms large enough to allow for social distancing and disinfection to prevent the spread of COVID-19, he and Dr. Donald Palm, VSU’s chief academic officer, said.

That should increase dorm revenue by an estimated $5 million, Mr. Davenport said, and put the number of students living on campus much closer to the 2,550 who were housed in dorms and other residential quarters in fall 2019. Mr. Davenport noted that the university also plans to tap one-time money to help close the deficit, including $10 million in federal CARES Act money and $3 million that was not spent in the 2019-20 fiscal year and could be carried into the new budget. None of that money would be available if there is another hole to fill when the 2021-22 budget year arrives.

In response to a question, Mr. Davenport said has received verbal assurance from the state comptroller’s office that the state would not follow its usual procedure of sweeping up that carryover money and returning it to the state’s general fund.

Finally, the university plans to cut about $8 million in spending, including $4.3 million from the academic side and $3.7 million from the facilities side. Some of the savings would come from leaving open vacant positions and cutting back on contracts for maintenance and other services, Mr. Davenport said.

He also noted that all of VSU’s colleges as well as its library operation would take a 25 percent cut for non-personnel items and be barred from filling some currently vacant positions.

The moves would not interfere with VSU’s plans to create a more robust distance learning operation to serve students who aren’t able to live in campus housing or who already have off-campus housing, Dr. Abdullah told the committee.

Dr. Zoe Spencer, president of the VSU Faculty Senate, noted that the body is concerned that the deep cuts to be absorbed by the colleges and their departments will reduce the quality of instruction. She said the Senate has been concerned for years that VSU is not filling or adding to tenure-track positions and is continuing to cut the number of professors with one-year contacts.

Dr. Palm noted that the university is planning to hire additional adjunct professors to fill vacancies, but he insisted VSU would be able to maintain the quality of instruction.