Turmoil at EBONY and Essence magazines prompts changes at top 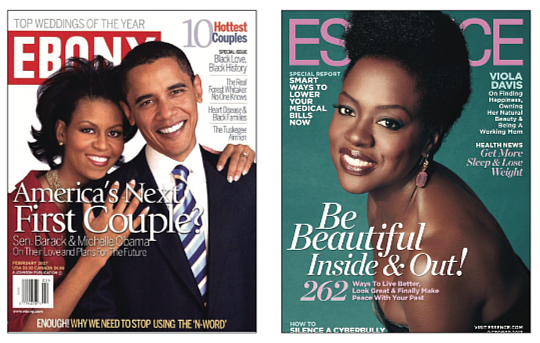 NEW YORK - EBONY and Essence magazines are in trouble.

The two storied magazines that focus on news and culture in the Black community are in the midst of turmoil at their top levels.

Late last week, EBONY Chief Executive Officer Willard Jackson Jr. was forced out following an initial inquiry into some of his financial transactions. The general interest magazine, which focuses on news and culture about African-American life, celebrates its 75th anniversary later this year.

Essence, a magazine geared toward women, was hit by an anonymous essay reportedly penned by former and current employees that alleged a toxic work environment and recently named an interim CEO.

Mr. Jackson is a partner in the CVG Group, which purchased EBONY in 2016. The board of directors is looking for an interim CEO and operating committee to replace him.

Jacob Walthour Jr., the newly elected chairman of EBONY’s board of directors, said Monday the board became aware of financial transactions that did not go through the proper approval process, including some where it wasn’t clear whether the magazine or Mr. Jackson was the beneficiary.

The lack of transparency was unacceptable and prompted the investigation, which is ongoing, said Mr. Walthour, co-founder of Blueprint Capital Advisors, a black-owned asset manager.

Without giving specifics, Mr. Walthour said the board also was concerned about some of the entities that Mr. Jackson was dealing with. He cited the “class, integrity and honor” with which the late company founder, John H. Johnson, operated.

“It’s our view that we prevented significant damage from being done to the brand,” he said.

In a statement released July 2, Mr. Walthour said, “Founder John H. Johnson conducted himself and EBONY business with a level of class, integrity and honor that has come to define Black professionalism in America. While the board expects that EBONY will always need to adapt its business model to stay relevant, it must never compromise the core values of Mr. Johnson.

“As we approach EBONY’s 75th anniversary, now more than any other time since the Civil Rights Movement, Black people need a medium to express ‘their’ voice and record this historical moment,” said John C. Robinson, an EBONY director. “We are committed to the preservation of this valuable asset to the Black community and being a part of the next 75 years.

The company said it will continue to assess all structural, managerial and financial facets of the organization with an eye toward amplifying the current calls for economic and racial justice and equality. As part of the board’s engagement, it is

prioritizing the payment of delinquent compensation to EBONY employees.

Former staffers at the magazine filed a lawsuit last September in New York federal court seeking unpaid wages after they were laid off in June 2019.

There was no immediate response to an attempt to reach Mr. Jackson through CVG Group.

The essay, “The Truth About Essence,” was published on Medium on June 28 under the byline “Black Female Anonymous.” The essay alleged pay inequity, sexual harassment and corporate bullying and intimidation on the part of management at Essence, where Naomi Campbell just graced the cover of its 50th anniversary issue.

“The company’s longstanding pattern of gross mistreatment and abuse of its Black female employees is the biggest open secret in the media business,” stated the essay, which was ac- companied by a petition seeking a management change.

It is the latest example of journalists of color, in the weeks after George Floyd’s death at the hands of police in Minneapolis and nationwide demonstrations, speaking up about alleged mistreatment and inequities in the industry as well as in their news organizations.

Essence management called the letter “heartbreaking” in an initial response. The magazine, run by Essence Communications, called the anonymous letter “an unfounded attempt to discredit our brand and assassinate personal character.”

Last week, however, Essence announced the appointment of Caroline Wanga, a former Target executive hired in June, to step in as interim CEO. The owner of the magazine, Richlieu Dennis, was a focus of many of the complaints in the anonymous letter.

Essence also said it would hire outside investigators to interview employees and determine the truth about the accusations.