Spotlight on homeless advocate and executive director of Homeward 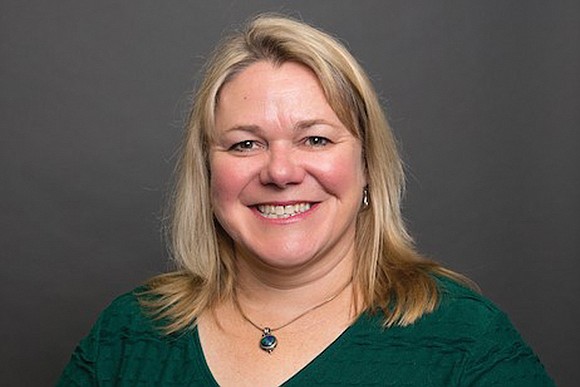 For Kelly King Horne, the coronavirus pandemic is just the latest challenge added to the stack that she deals with daily.

As executive director of Homeward, the 22-year-old nonprofit planning and coordinating group for homeless services in the Richmond area, Ms. Horne is on the front line of community response to finding shelter and new housing for individuals and families who have lost theirs.

For the past 13 years in her job, she has served as a kind of traffic director in developing a shared vision of the need and effort to find solutions, guided by data on the homeless.

The demand for help is unceasing.

Every month, up to 1,000 families and individuals call the Homeless Crisis Line seeking help to find a place to live for themselves and their families, says Ms. Horne, 50, a Charleston, S.C., native who has lived most of her life in Chesterfield County.

The flood of calls evidences the housing crisis so many face. Soaring rents, illness, job losses, divorces, addiction and a host of other problems can leave people without a roof over their head.

The good news is the work that Homeward and its partners have done to build housing ca- pacity over the years. Its system to collect data on those in need guides their efforts.

Currently, the Richmond area has various housing options that can serve about 1,320 individuals and families — from year-round shelters to permanent housing — that come with supportive services, Ms. Horne says.

The bad news: That’s not enough to meet the need, she says.

And the viral pandemic only has added to the struggle for resources for those involved in working with people trying to regain shelter.

“Every day, I wake up knowing I will fail in meeting the need,” she says. “But I know this work matters and that I and everyone else involved are making a difference.”

Since the coronavirus hit, Ms. Horne has been working to drum up help for the vulnerable people on the streets to gain shelter. Many have health challenges that make them more vulnerable to contracting the virus.

With major assistance from the city during the past few days, Ms. Horne and partner agencies have been working to relocate people from Cathy’s Camp, the tent encampment that sprang up next to the city’s cold weather shelter across the street from the Richmond Justice Center.

As of Wednesday, at least 62 people at Cathy’s Camp had been moved for two-week stays at hotels and motels, most notably the Rodeway Inn near the airport in Henrico County.

Ms. Horne also has worked with partners who are engaging staff and volunteers to deliver meals to those who have been moved from Cathy’s Camp and to begin the case work that could determine what other assistance can be provided to link them to permanent housing.

Meanwhile, she is working with others to set up clinical services for those who might become ill.

For her, the challenge has played to her strengths, including her ability to work with people and focus on the problem at hand.

“I am good at making connections,” Ms. Horne says. “We have a robust network, and we are bringing all that to bear” to ensure that the most vulnerable are not forgotten.

“People should have housing,” she says. “My goal is to work with others to make this a better place for those in need than we found it.”

Current residence: Chesterfield County, across the street from where I grew up from age 8.

Homeward is: A planning, coordinating and support agency that partners with governments, nonprofits, faith organizations and others to prevent, reduce and end homelessness primarily in Richmond and Henrico, Chesterfield and Hanover counties.

When Homeward was founded: In 1998 through United Way of Greater Richmond, though now it is independent. It grew out of a City of Richmond task force on homelessness, with the focus being on people, not boundaries. The federal government also provided the impetus by seeking to fund a community response to homelessness, rather than to individual nonprofits.

When I joined Homeward: In 2003. I served as partnership coordinator. I arrived after working for Habitat for Humanity in Eastern Europe and Northern Ireland. I was named executive director in 2007.

Homeward’s services: We are the lead agency for the Greater Richmond Continuum of Care for homelessness. Homeward works with partners to create data on homelessness, including conducting twice yearly counts of homeless adults. We also maintain a computerized information system that tracks trends and seeks to spot gaps; collaborate with partners to apply for annual federal and state grants that are the mainstay of programs; educate about and raise awareness of homelessness through workshops; and provide technical support and information on best practices to partners through committees.

Number of homeless in Richmond area: Our latest point-in-time count on Jan. 23, in which we went out and physically counted adults and interviewed them, indicated there were 548 homeless people, with 130 being unsheltered single adults, up from the 497 people we counted last winter. Though modest, it was the first increase in 11 years.

Definition of homelessness: We use the more restrictive U.S. Department of Housing and Urban Development definition which limits the homeless to those staying in shelters and in places not fit for human habitation. That does not include everyone with unstable housing, including families living in hotels or with others or those in drug and alcohol rehab centers.

Homeward’s partners: We have too many to list, but some examples include CARITAS, the Daily Planet, Housing Families First, Home- Again, Liberation Veteran Services, Richmond Be- havioral Health Authority, Safe Harbor, Salvation Army and the YWCA. Some provide shelter, some do outreach, some serve veterans, some serve victims of domestic violence and some serve single adults.

Homeward’s top service: Perhaps the Homeless Crisis Line, (804) 972-0813, which is a main point of access for those facing or in unstable housing situations. It is staffed by partner agencies. The hotline receives about 5,500 calls a month from 750 to 1,000 households, many of whom are facing eviction. With such huge numbers, we do not have enough capacity to house everyone. We work on problem solving and helping people manage their crisis. Those taking the calls try to help them figure out if there are friends or family members they can stay with or to identify needed resources.

Impact of COVID-19 on homeless: We are in emergency mode and working to provide alternative housing to unsheltered people, most notably those in Cathy’s Camp in Shockoe Valley. We have been working with the Daily Planet Health Services, shelter and housing partners and local governments. The situation is fast-moving and evolving, but we are working to address the urgent needs of unsheltered individuals.

Main concern: We know many of those who are homeless already have other health conditions that would make the virus more serious for them. The Centers for Disease Control, the governor and others are urging social distancing that may not be possible for the unsheltered. We want to make sure they can engage in social distancing, that individuals have consistent access to sanitation and have comfortable beds if they need to recover.

Status to date: As of Wednesday, 62 people had been moved from Cathy’s Camp primarily to motels. At this point, we are starting to shift to begin case management for those who have been moved.

Ongoing concern: That there could be a flood of new people with housing issues. These are people who are employed hourly who are getting laid off and have no other source of income, such as restaurant workers. We need a stronger safety net so that we are not seeing huge numbers of people who could lose their housing due to what is going on.

Importance of housing: Housing is the key to stability in life. It is the platform to achieve our hopes and dreams and the foundation for health, education and employment. People who are in their own home are more likely to get the help they need.

Current area housing for homeless: Together, the Richmond area has come a long way. Currently, there are 820 units of permanent, supportive housing that include services. Another 168 individuals and families are rapidly rehoused, with 20 new households being served each month. Year-round shelters serve 331 people, including 70 children. This doesn’t count people who are in residential drug and alcohol rehab programs. We could use 300 more units of permanent supportive housing. It’s being worked on, but will take time.

Biggest gap for homeless services: Services for older homeless people with medical conditions. We have few resources for such individuals. Our shelters are not equipped to serve people who should be in assisted living centers with skilled staff. These often are people who worked for low wages, have physical and mental challenges and need greater care than can be provided. Their stories can be heartbreaking.

My philosophy: People should have stable housing, but there are never enough resources. I get up every morning knowing that what we are doing is going to fail, but that the work matters and that we make a difference.

Nobody knows: I am fluent in Romanian and served two years in the Peace Corps in the Republic of Moldova before I started with Habitat for Humanity.

Best late-night snacks: Popcorn and Tootsie Rolls. When I lived in Europe, I used to get care packages of Tootsie Rolls, coffee and Texas Pete hot sauce.

If I had more time, I would: Go to state parks with my family.

The best thing my parents ever taught me: It is OK to fail.

The author whose books influenced me the most: Agatha Christie. Her mystery novels are all about people and relationships and problem solving.

If I’ve learned one thing in life, it is: That all people have dignity.