City employee dies of the coronavirus 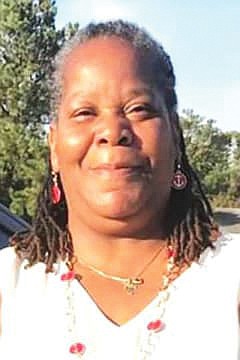 A veteran social worker is the first City of Richmond employee to succumb to the coronavirus. Twelve others among the city’s 4,000 employees have tested positive for the virus.

Mayor Levar M. Stoney announced her death three days later at a news conference, but did not identify her or the other city employees who have tested positive. Their city departments also have not been made public.

Ms. Hargrove was a benefits program specialist for 18 years with the Department of Social Services. The job is now called a senior human services technician. Colleagues said Ms. Hargrove most recently worked on applications for Medicaid for people needing nursing home placement.

Ms. Hargrove was last at City Hall around March 19, when she picked up a computer after being assigned to work from home, sources told the Free Press.

Within a day or two, she had developed COVID-19 symptoms. She was hospitalized and on a ventilator for several weeks before her death, according to information provided to the Free Press.

In response to a Free Press query, Jim Nolan, the mayor’s press secretary, stated that virtually all of the city employees who have tested positive for the coronavirus have been found to have contracted the virus outside of City Hall.

Mr. Nolan stated that the virus was traced to “non-work contacts and/or travel” involving work outside the municipal center.

“A work-related contact,” he noted, “does not necessarily mean a contact related to a city-owned building as the work of many of our essential workers takes them outside of city buildings to engage with the public.

“While some city agencies have more than one employee diagnosed with COVID-19, there has been no common connection identified,” he continued.

Mr. Nolan stated that the city has undertaken “advanced cleaning of all city facilities using electrostatic disinfection to help prevent the spread of illness-causing pathogens.”

He added that the cleaning employs air and an anti-microbial solution and follows the latest guidance from the federal Centers for Disease Control and Prevention.