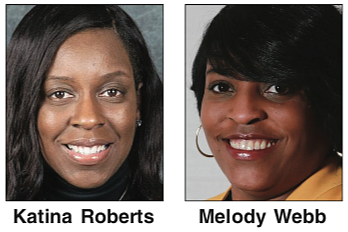 Norfolk State University football will have a strong female influence behind the scenes when the Spartans return to the gridiron this spring.

Ms. Roberts, 44, is a graduate of Norview High School in Norfolk and Norfolk State University. She previously served as athletics travel coordinator and in the Office of Student Accounts.

“She’s a rock star,” said NSU football Coach Latrell Scott. “You name it, she does it.”

As director of football operations, Ms. Roberts will handle all of the day-to-day administrative tasks associated with the university’s football program.

NSU, along with the rest of the MEAC, has postponed football until the spring because of the coronavirus pandemic.

The Spartans were 5-7 overall and 4-4 in the MEAC last fall under Coach Scott, a graduate of the former Lee-Davis High School in Hanover County and Hampton University.