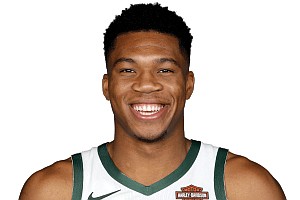 The Milwaukee Bucks’ Giannis Antetokounmpo is a double dipper when it comes to awards.

Born in Athens, the “Greek Freak,” as he is called, has won his second straight NBA Most Valuable Player Award.

For good measure, Antetokounmpo also won Defensive Player of the Year accolades. He became only the fifth player in NBA history to win both awards.

NBA awards are based on regular season performance and are voted on by a panel of sports writers and sportscasters in the United States and Canada. Postseason exploits do not figure into the voting process.

Antetokounmpo is the first to win back-to-back MVPs since Steph Curry in 2015 and 2016.

He also is the fourth foreign-born player to be named MVP, joining Canadian Steve Nash, German-born Dirk Nowitzki and Hakeem Olajuwon from Nigeria.

Other MVP finalists this season were LeBron James and James Harden.

Finalists for Defensive Player of the Year were Anthony Davis and Rudy Gobert.

Kareem Abdul-Jabbar is the NBA’s all-time leader in MVPs with six, followed by Bill Russell with five and Michael Jordan and Wilt Chamberlain with four each.

Antetokounmpo joins a list of six players each with two MVP awards.

Others NBA honors this season went to: