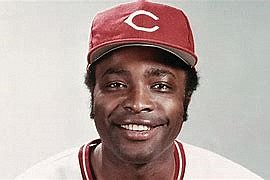 Mr. Morgan was 77 and living in California.

During a dazzling big league career from 1963 to 1984, the 5-foot-7 second baseman was a 10-time All-Star and five-time Golden Glove recipient.

His signature trait was his “chicken wing” batting stance. To remind himself to keep his left elbow high, he flapped the arm repeatedly while awaiting pitches.

Mr. Morgan, who grew up near Oakland, Calif., broke into the majors with the Houston Astros in 1963 and spent 10 seasons in Texas before being traded to Cincinnati in 1971.

He later played again one season for the Houston Astros before going to the San Francisco Giants, the Philadelphia Phillies and the Oakland Athletics. His last MLB appearance was in September 1984 for the Oakland Athletics. Following his retirement, Mr. Morgan enjoyed a distinguished career as a baseball commentator for ABC, NBC and ESPN. He returned to the Reds in 2010 as an adviser.

Mr. Morgan is the fifth baseball Hall of Famer to die since Sept. 2. Others were Tom Seaver, Bob Gibson, Lou Brock and Whitey Ford.