George Washington professor, who claimed to be Black, comes clean about her racial background 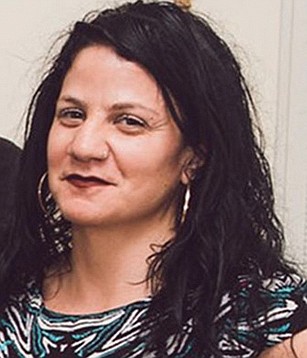 WASHINGTON - George Washington University is investigating the case of a history professor who allegedly admitted to fraudulently pretending to be a Black woman for her entire career.

The university also said on Sept. 4 that she will not be teaching her classes this semester.

In a blog post that has gained international attention, a writer claiming to be Jessica Krug, a George Washington University associate professor of history, wrote that she is in fact a white Jewish woman from suburban Kansas City. The writer claimed she has lived most of her adult life “under various assumed identities within a Blackness that I had no right to claim: first North African Blackness, then US rooted Blackness, then Caribbean rooted Bronx Blackness.”

Ms. Krug did not respond to a request on her blog page for comment.

In a statement released on the night of Sept. 4, University Provost Brian Blake and Dean Paul Wahlbeck wrote: “Dr. Krug will not be teaching her classes this semester.

We are working on developing a number of options for students in those classes, which will be communicated to affected students as soon as possible.”

The blog post attributed to Ms. Krug expresses deep remorse, call- ing the deception “the very epitome of violence, of thievery and appropriation.”

The writer blamed “unaddressed mental health demons” dating back to childhood and said she frequently thought of confessing the deception, “but my cowardice was always more powerful than my ethics.” Ms. Krug’s biography on the GW website lists imperialism and colonialism and African-American history among her areas of expertise.

Her writings center heavily on issues of African culture and diaspora.

The post caused an immediate furor on social media, with Black academics, writers and activists recalling their interactions with Ms. Krug.

Hari Ziyad, editor of the online publication RaceBatr, which had published Ms. Krug’s writings, wrote on Twitter that Ms. Krug had confirmed the details of the blog post to him in a phone call on Sept. 3. He described Ms. Krug as “someone I called a friend up until this morning when she gave me a call admitting to everything written here.”

Ms. Krug’s public persona comes across in a video testimony to a New York City Council hearing on gentrification from June. Referring to herself as Jess La Bombalera, Ms. Krug refers to “my Black and brown siblings” in the anti-gentrification movement and criticizes “all these white New Yorkers” who “did not yield their time to Black and brown indigenous New Yorkers.”