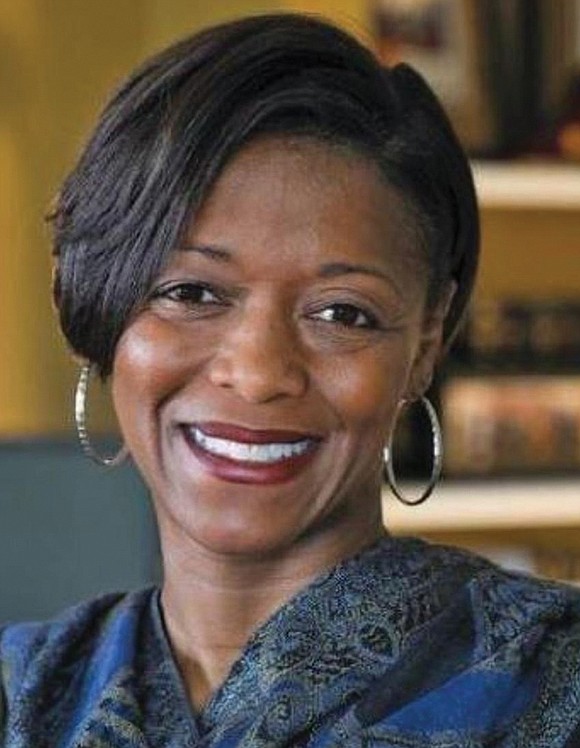 At this point, Judge Pamela O’Berry still does not appear to have the support for keeping her seat on the Chesterfield County General District Court for six more years.

No one in the Virginia Senate nominated Judge O’Berry from the floor Tuesday, and her name was not included on the list of judges for appointment and reappointment to various courts that were approved overwhelmingly by the Senate.

Such an outcome is rare in Virginia, where judges generally are easily reappointed.

While the House of Delegates voted to support the 12-year veteran for a third term, the Senate’s refusal indicates that March 31 likely will be the final day for Judge O’Berry, Chesterfield’s longest serving Black judge.

She is one of only two Black judges now serving in Chesterfield County. The others are still predominantly white men.

The Free Press has been told that a new effort will be made to secure a Senate floor vote before the General Assembly adjourns its special session Saturday. But securing the 20 Senate votes Judge O’Berry needs has so far proven impossible.

Her reconsideration became possible Monday when the Senate Judiciary Committee grudgingly and unexpectedly allowed a vote on her nomination. The committee motion to certify her reappointment passed 9-3 with two abstentions. Senate Republican Minority Leader Thomas K. “Tommy” Norment of James City County insisted that a sitting judge deserved the courtesy of a committee vote.

However, Sen. Norment, so far, has taken no further steps to support Judge O’Berry. None of the four Black senators stood on the floor Tuesday to speak on her behalf, even though the Virginia Legislative Black Caucus issued a statement of support for Judge O’Berry on Monday in cheering the committee vote.

The Senate’s inaction on Tuesday upheld the opposition to Judge O’Berry by two Richmond senators, Joseph D. Morrissey and Ghazala Hashmi, both Democrats, whose districts include portions of Chesterfield. The county’s third senator, maverick Republican Amanda Chase, also did not nominate Judge O’Berry.

“I think it speaks volumes that not a single senator was willing to nominate her from the floor after the committee certified her,” Sen. Morrissey said Tuesday.

He said the impending O’Berry vacancy, as well as an existing vacancy on the Chesterfield Circuit Court, offer an opportunity to improve judicial diversity in the county.

“I am committed to filling those vacancies with two African-American judges, and I will not be denied,” Sen. Morrissey said.

While the governor can temporarily fill the circuit court vacancy, and the county’s circuit court judges can temporarily fill the district court spot when the legislature is not in session, usually such appointments are based on recommendations from the locality’s General Assembly delegation, as the legislature still must vote later to keep such appointees as judges.

Sen. Morrissey said he plans to lead an effort to advertise the vacancies and secure a consensus of the county’s seven House and three Senate members on new judges, though it could be 2022 before there could be a legislative vote.

Sen. Morrissey led the effort to re- move Judge O’Berry based on concerns raised in December when he held a virtual public hearing on judicial appointments. He said he was impressed that so many Black people participated to express opposition to Judge O’Berry.

Before Sen. Morrissey was disbarred and lost his license to practice law in 2018, he represented a client before Judge O’Berry in 2016 in a case that drew public attention. Judge O’Berry upheld a trespassing charge against his client, Kandise Lucas, an advocate for a special education student. Judge O’Berry’s ruling later was overturned on appeal to the Chesterfield Circuit Court, where a judge acquitted Ms. Lucas.

Members of the executive committee of the Chesterfield County Branch NAACP were among those who appealed to the county’s legislative representatives to not reappoint her. Branch officers claimed Judge O’Berry treated Black and brown defendants more harshly.

In a letter Chesterfield NAACP President Avohom Carpenter issued to Senate members Tuesday, he urged them to oppose any action to keep Judge O’Berry on the bench, stating, “I have witnessed at least 10 complaints about Judge O’Berry dealing with courtroom decorum, harsh sentencing, violation of civil rights among other complaints.”

He cited in his letter the case of a man who currently is in Chesterfield County Jail awaiting trial for a nonviolent offense. Denied bail by Judge O’Berry, the man recounted that his business has folded and that his children have been left traumatized by his absence.

“This just is one of dozens (of stories) that I have heard since this appointment became the center of political debate,” Mr. Carpenter stated.

Advocates for Judge O’Berry decried the allegations as inflated and unsupported by evidence at the December hearing and in the months since. Some have alleged that Sen. Morrissey had a vendetta against the judge because of her ruling in the Lucas case.

Behind the scenes, there was intense lobbying to support Judge O’Berry, with former Richmond Judge Birdie H. Jamison, now an aide to Delegate Delores L. McQuinn, playing a key role.

Ms. Jamison, who was denied reap- pointment to the city bench in 2015 in what she has said was an unfair action, confirmed this week that she pressed for reconsideration of Judge O’Berry, by the Senate Judiciary Committee after it had stripped Judge O’Berry’s name from the list of recommended judges.

Ms. Jamison stressed that Judge O’Berry was the only person whom the committee had never voted on directly. That point of fairness ultimately led to Monday’s committee vote.