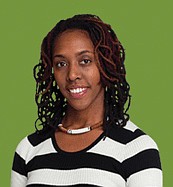 These and many other health benefits and risks from marijuana use were discussed by Richmond and Henrico health district officials last week, the same day recreational use of marijuana became legal in Virginia for people 21 and older on July 1.

“We’re very hopeful that the legalization of marijuana will have positive effects on our larger public health issues,” said Jackie Lawrence, health equity director of the Rich- mond and Henrico health districts.

The health benefits of marijuana use, as shared by officials and documented by sources including the U.S. Centers for Disease Control and Prevention, are largely focused on therapy and addressing chronic pain. Marijuana use potentially can help prevent and ease the nausea caused by chemotherapy. Those with muscle spasms due to multiple sclerosis also have reported improvements in their symptoms through marijuana’s short-term use.

But health officials also said there are some concerns the public should be aware of regarding marijuana use. They noted that smoking marijuana can lead to greater risk of bronchitis, coughs and phlegm production. Like cigarettes, marijuana smoking can be carcinogenic, addictive and potentially harmful to health even through secondhand smoke, and has been linked to increased risk of heart disease and stroke because it raises the average heartbeat.

There have been no reported deaths in Virginia from a marijuana overdose, although heavy use may cause difficulty with attention span, short-term memory and anxiety, and may have long-term impact on development if a young person uses marijuana heavily before the brain is fully developed, officials said.

Ms. Lawrence and other health officials recommended avoiding using marijuana while pregnant, driving or preparing to drive, as well as exposing others to secondhand smoke, particularly children or those who are immunocompromised.

Officials encouraged people to review marijuana health information from the CDC and other reputable providers. They also urged people to discuss recreational use of marijuana with their primary care provider.

Not all of marijuana’s health impacts are equal, however. Officials also acknowledged the large racial disparity marijuana criminalization has had on people of color in Virginia, even after possession of small amounts was decriminalized last year.

With racism now declared a public health emergency by the Virginia General Assembly and restrictions on usage still intact, officials made clear the impact of this added dimension to legalization.

“When we think about marijuana legalization, not only do we need to think about the legal side of it, we have to really think about the effect it has on our health,” Ms. Lawrence said. “Legalizing marijuana will not fix racism, however, or mitigate all health disparities. It can have the potential to reduce some trauma experienced by the Black and brown community, and then as a result, helps our whole community.”

E. Martin “Marty” Jewell, a former Richmond City Council member and volunteer board chairman of the Cannabis Equity Coalition of Virginia, seemed to agree. His organization and many others have worked to ensure racial equity in the legalization process. And while Mr. Jewell sees the July 1 legalization of recreational marijuana as a major step forward, he pointed out areas where improvements could be made.

In particular, Mr. Jewell noted that the percentage of tax revenue put into the state’s new Cannabis Equity Community Reinvestment fund for communities of color—30 percent—is very low compared to other states that introduced similar marijuana legislation around the same time as Virginia.

Increasing the tax on marijuana, Mr. Jewell said, would lead to millions of dollars being distributed to communities that could put it toward needed improvements and resources such as youth programs, schools and civic organizations. The money generated by a higher tax also would further the goal of repairing the effects of “50-plus years of over-enforcement.”

“We’re discovering racism, structural racism all over, and there is a reckoning taking place,” Mr. Jewell said. “We just need to continue to progress.”