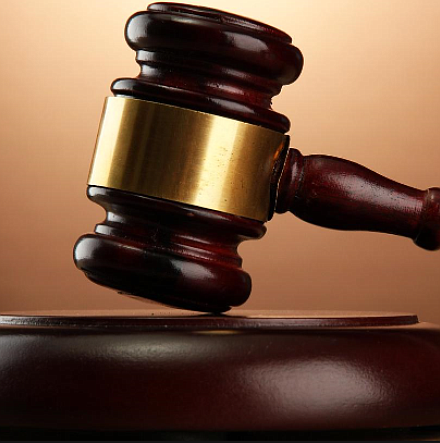 A Petersburg jury has awarded $300,000 in damages to a Black woman who sued a police officer for excessive force and false arrest after she was forced face-down onto the pavement during a traffic stop.

The case began on Feb. 12, 2015, when Monica Cromartie, then 54, was stopped for speeding. Ms. Cromartie said she got out of her car to protest the traffic stop, but obeyed a command from Petersburg Police Officer Brian Lee Billings when he told her to get back in the car.

According to Ms. Cromartie, after Officer Billings asked her to roll down her car window, she told him to leave her alone as she complained to someone on her cell phone about the traffic stop.

Seconds later, she said, he pulled her out of her car, forced her onto the ground and placed his weight on her back, injuring her forehead, lip, teeth, right eyebrow and both knees before she was handcuffed and put in leg shackles.

Most of the encounter was captured by police body camera and introduced during two trials.

Officer Billings said during a deposition that he removed Ms. Cromartie from the car to arrest her for obstruction of justice.

In 2017, a jury awarded Ms. Cromartie $23,499 in dam- ages for state law claims after finding that Officer Billings assaulted, falsely imprisoned and maliciously prosecuted her on a charge of obstruction of justice.

However, the trial judge granted a defense motion that the jury would not be allowed to decide Ms. Cromartie’s claims that Officer Billings violated her Fourth Amendment rights against excessive force and false arrest, and for an illegal search of her car and her purse, finding that the officer was entitled to immunity on those claims.

Ms. Cromartie appealed, and in 2020, the Virginia Supreme Court reversed the trial judge’s ruling and found that the officer was liable on all of the claims in Ms. Cromartie’s lawsuit.

On Monday, a jury in Petersburg Circuit Court awarded Ms. Cromartie $300,000 in punitive and compensatory damages.

“She was very glad that after carrying this matter for six years of her life that she finally got the verdict on the constitutional claims that she was looking for, something that demonstrates that the conduct of this officer was not acceptable for the City of Petersburg or for the state,” said Andrew Bodoh, one of her attorneys.

Attorney Tom Roberts, who also represented Ms. Cromartie in her lawsuit, said she has lingering physical and psychological injuries, including a scar above her eye and a missing tooth.

He said the jury heard testimony that after her encounter with Officer Billings, Ms. Cromartie did not call the police during two incidents, one involving the threat of domestic assault by her estranged husband and another when a neighbor showed up at her home with a baseball bat after an argument with her grandchildren.

“She chose not to call the police because of her experience with Officer Billings that made her demonstrably fearful of interacting with the police in the very situation where police should have been called,” Mr. Roberts said.

Petersburg police did not immediately respond to two emails seeking comment on Tuesday. Mr. Billings, who retired from the police department months after the encounter, testified he was not disciplined for his actions.

Mr. Billings did not immediately respond to an email or to a message left Tuesday on a phone number listed in his name.