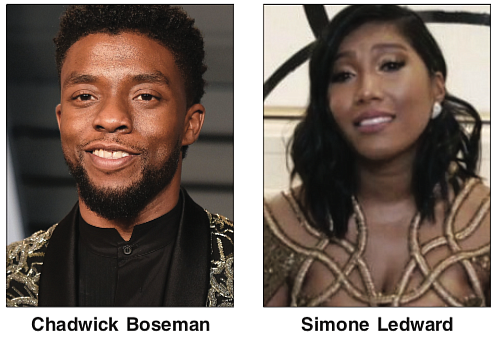 LOS ANGELES - The organization that hosted the Golden Globes said it is developing a plan to recruit Black members after falling under sharp criticism for lacking diverse members.

The Hollywood Foreign Press Association said in statement Feb. 26 that an “action plan” is under development to admit Black members. The group currently has 87 members who are journalists, but none are Black.

Some, including Time’s Up and presenter Sterling K. Brown, are among those who have criticized the HFPA’s lack of inclusion and diversity. The initial criticism came just days before the Golden Globe Awards aired live last Sunday.

But awards show co-hosts Tina Fey and Amy Poehler addressed it early on during the ceremony: “Even with stupid things, inclusivity is important.”

Jane Fonda made it a theme of her powerful speech accepting the Cecil B. DeMille Award. And the HFPA made a hasty onstage pledge to change. “We recognize we have our own work to do,” said Vice President Helen Hoehne. “We must have Black journalists in our organization.”

The late Chadwick Boseman won the best actor in a drama award for his last role in “Ma Rainey’s Black Bottom.” While expected, the announcement did not dull the emotional impact of his victory.

His widow, Taylor Simone Ledward, tearfully accepted the posthumous award in his honor, telling viewers that her husband, who died of colon cancer at 43 before the film was released, “would say something beautiful, something inspiring, something that would amplify that little voice inside of all of us that tells you you can. That tells you to keep going, that calls you back to what you are meant to be doing at this moment in history.”

But, she said poignantly, “I don’t have his words.”

Mr. Boseman’s co-star, Viola Davis, could be seen weeping as Ms. Ledward spoke. She was not alone. 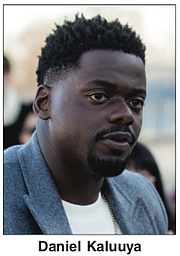 The historical drama by Shaka King, which counts “Black Panther” director Ryan Coogler among its producers and is cur- rently streaming on HBO Max, charts the events leading up to Mr. Hampton’s assassination and the involvement of FBI informant William O’Neal, played by LaKeith Stanfield. Mr. Kaluuya earned the blessing of Mr. Hampton’s fiancée and son in playing the role.

Technical difficulties, which persisted throughout the ceremony, nearly prevented Mr. Kaluuya from making his acceptance speech, but he was eventually heard.

A shocked Andra Day won best actress in a drama for her debut in the film “The United States vs. Billie Holiday.” Known for her singing career, Ms. Day became the second Black woman to win the category and the first to do so in 35 years. 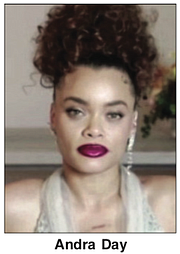 Accepting the award virtually with a crowd that included two co-stars from the film, her manager, her publicist, her parents and some of her cousin’s family, Ms. Day noted of her fellow nominees that she was “in the presence of giants” as she thanked those involved with Lee Daniels’ bio-drama about the immortal jazz singer for being “so engaged in the story.”

She then thanked the “transformative, dynamic Billie Holiday, who just transformed me with this role and with her presence and with her spirit.”

In the press room following her win, Ms. Day noted the significance of the awards accolade. “The thing I take from Billie more than anything is the strength of a Black woman,” she said. “To know that the last person who won this award was Whoopi Goldberg in ‘The Color Purple’ is so not representative of how many Black women’s stories have been told sensationally and need to be told by the amazing talented actresses who do this.”

She continued, “On set, they’d say, ‘Don’t worry, you’ll never have to go through this again. There’s not that many meaty roles for Black women.’ And I go, ‘Who the hell else has meatier roles and meatier stories than Black women?’ So I take that strength with me. This woman (Ms. Holiday) shouldered all of this all on her own. She is the godmother of civil rights and I take that strength with me.”

“Nomadland,” a film about itinerant Americans. It was the first directing Globe for a woman in nearly 40 years, since Barbra Streisand won for “Yentl.”

Ms. Zhao said the film, “at its core for me, is a pilgrimage through grief and healing. For everyone who has gone through this difficult and beautiful journey at some point in their lives, we don’t say goodbye, we say, ‘See you down the road.’ ”

Actress Jane Fonda, who received the Cecil B. DeMille Award for her impact on the world of entertainment, used her acceptance speech to call for greater diversity in Hollywood.

Ms. Fonda, 83, said there’s another “story we’ve been afraid to see and hear about ourselves in this industry, about which voices we respect and elevate and which we tune out, who is offered a seat at the table and who is kept out of the rooms where decisions are made.”