Want to be in an opera? 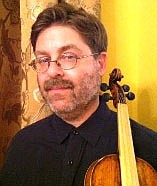 The company led by Raphael Seligmann is holding auditions for the 16 parts in a new opera dramatizing the life of a maverick 17th-century Frenchwoman, Julie d’Aubigny, who excelled with a sword and as a singer and had multiple adventures and romances.

Mr. Seligmann is once again teaming with his musician-composer son, Niccolo Seligmann, to create this full-length opera. In 2019, they teamed to create RVA Baroque’s first work, “MINERVATimes Change.”

An array of singers of all vocal ranges is being sought, including people with disabilities, for a work that will mingle folk, blues, rock and baroque music, Mr. Seligmann stated in the audition announcement.