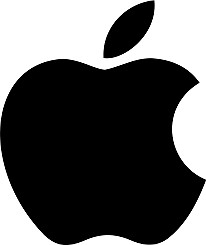 Three historically Black universities in Virginia are part of an Apple-inspired initiative to get more people of color involved in computer coding and computer science.

Virginia State, Norfolk State and Hampton universities are among the 45 HBCUs that have joined the partnership that the technology giant launched a year ago with Tennessee State University to get HBCUs more involved in technology fields.

The program involves training campus educators to use Apple’s Swift programming language and having each university begin to incorporate Apple’s “Everyone Can Code” and “Everyone Can Create” programs into school offerings.

The initiative also involves each school creating a center for coding and creativity to help spread instruction in computer coding to nearby K-12 schools, local governments and community organizations.

As part of its $30 million investment, Apple also is providing iPad and Mac labs to the schools and offering student scholarships, internships and other opportunities in a bid to attract more Black young people to computer-related fields.

Hampton and Norfolk State were among early joiners, while VSU announced Tuesday that it had accepted the invitation to develop a center for coding and creativity to serve Central Virginia.

“This past year has shed light on the importance of technology in our ever-advancing global society,” Dr. Dawit Haile, dean of VSU’s College of Engineering and Technology, stated. “This new initiative and partnership with Apple provides our students an opportunity to further be a part of the revolutionary world of technology.”